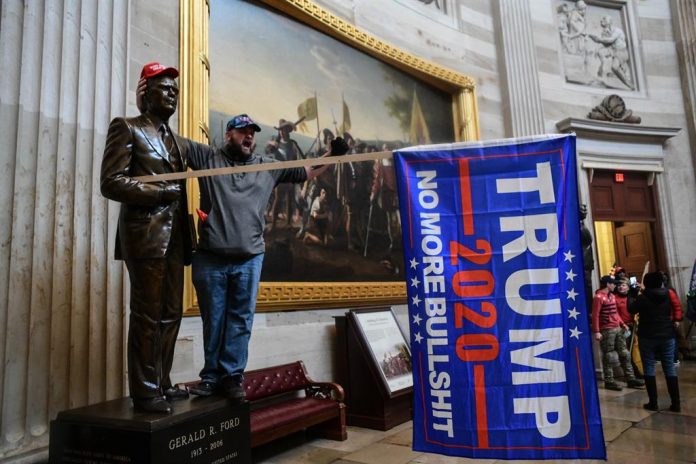 The FBI has detained a former US State Department official, appointed during the administration of former President Donald Trump, in connection with the assault on the Capitol on January 6.

The FBI spokeswoman in Washington Samantha Shero has specified that the detainee has been Federico Klein, a former assistant to the State Department, according to Politico.

The arrest has occurred in Virginia and at the moment the specific charges for which he has been arrested have not been disclosed, although they are related to the attack on the Capitol on January 6 to prevent the certification of the now president of the United States, Joe Biden, in the November elections.

Klein worked in the Trump campaign in 2016 and was later hired at the State Department, appointed by the former president, where he served in the Western Hemisphere Office before being transferred to the office that handles applications for the Freedom of Freedom Act. Information, according to local media.

About 300 people have now been indicted in connection with the January 6 riots on Capitol Hill when a joint session was held to ratify Joe Biden’s victory in the November 3 presidential election. Trump repeatedly rejected the election result, stating that a “fraud” had occurred, although without providing proof of that.

Shortly before the siege, the ex-president held a rally at the gates of the White House in which he encouraged his unconditional supporters to question the results of the presidential elections. The event left five dead, including a Capitol Police officer, while Trump faces criminal proceedings in relation to the events.