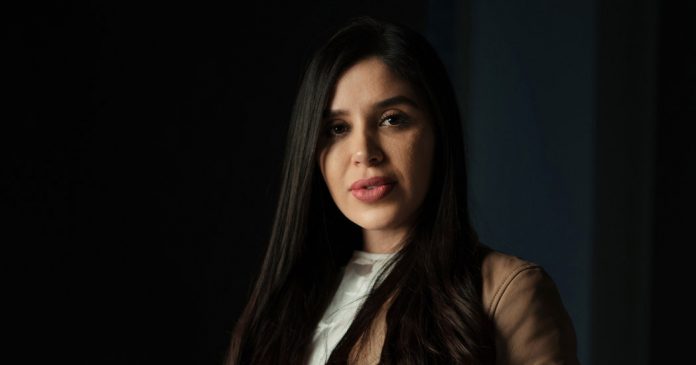 The wife of drug trafficker Joaquín ‘El Chapo’ Guzmán, Emma Coronel, has been arrested in the US state of Virgina for alleged international drug trafficking, according to information from the United States Department of Justice.

Coronel, 31, a Mexican and US national, has been arrested while she was at Dulles International Airport and is scheduled to appear in court in the District of Columbia on Tuesday.

The wife of the well-known drug trafficker is accused of participating in a scheme to distribute cocaine, methamphetamine, heroin and marijuana to the United States. Furthermore, she allegedly conspired with third parties to help Guzmán escape from the Altiplano prison, in Almoloya de Juárez, on July 11, 2015.

In a statement, the Department of Justice has indicated that it would also have participated in the planning of a new escape that was ultimately not consummated, since Guzmán was extradited to the United States in 2017 and sentenced to life imprisonment two years later for leading the Cartel of Sinaloa.

Coronel was present during the trial against her husband, in which conversations between the two and some other aspects of her relationship were revealed. As the American newspaper ‘The New York Times’ has indicated, since April 2019 the wife of ‘El Chapo’ was being investigated for conspiracy.

During the judicial process, the witness Dámaso López, known as ‘El Licenciado’, claimed to have met with her so that “he could entrust him with some of her tasks.” Later, he revealed that it was Colonel who was “coordinating” a new escape of the drug trafficker in 2016. For this, she had given 2 million dollars to the “director of the decentralized administrative body for prevention and rehabilitation.”

The investigation of the case is carried out by the FBI, although he is being processed by the Narcotics and Dangerous Drugs Section of the Department of Justice, according to information from the newspaper ‘Milenio’.