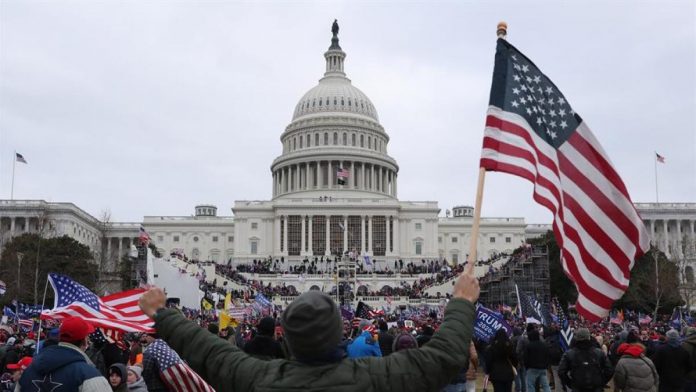 Former United States President Donald Trump rejected a first request made by the Republican leader in the House of Representatives, Kevin McCarthy, to order his supporters to suspend the assault on the Capitol on January 6, according to sources from the Republican party, next to the conversation, to the CNN chain.

McCarthy phoned Trump in the middle of the assault to ask the then president to exert his influence on his supporters to ask them to leave Congress. Trump, in his place, made McCarthy ugly for his unwillingness to dispute the result of the presidential elections that, according to the unfounded theories defended by the president, were stolen from him.

“Well Kevin, I think these people are more upset than you are about the election,” Trump responded, at the start of a “shouting” conversation, according to the Republican congressmen present, in which McCarthy indicated to the president that the rioters were entering through the windows and came to blurt out to the president “Who do you think you’re talking to?”

The congressmen consulted by CNN took the confrontation with McCarthy as proof that Trump had no intention at first to stop the rioters, in what some considered as a “neglect of his presidential duty.”

“(Trump) was never an innocent observer. He supported the rioters,” said one of those consulted. “When Kevin McCarthy said last January 13 that the president had his share of responsibility for what happened, he had it,” he added.

Finally, and after a few hours, Trump ended up encouraging his followers to go home “in peace”, in a message posted on his Twitter account at the request of his closest circle of advisers, according to CNN. Neither McCarthy nor Trump nor their respective teams have commented on this information from the chain.