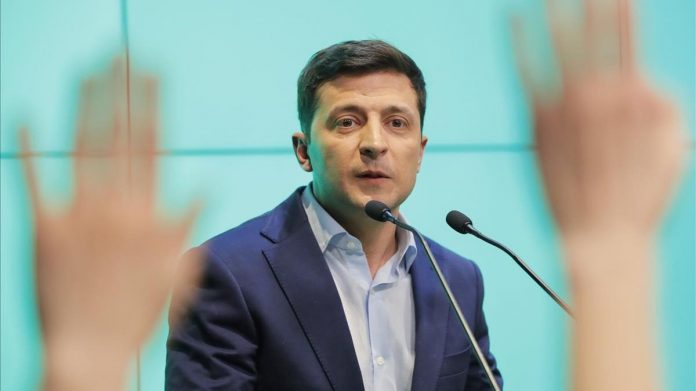 The opposition begins the proceedings for a political trial against Zelenski

The president of Ukraine, Volodymyr Zelensky, has revoked by decree and for five years the broadcast licenses of three pro-Russian television channels, in an unprecedented move that, according to the president, wants to combat the spread of propaganda and messages that may involve a risk to national security.

The measure affects the 112 Ukraine, NewsOne and ZIK channels, owned by deputy Taras Kozak, whom the Ukrainian authorities have sanctioned for his alleged relations with the pro-Russian leader Viktor Medvedchuk. The decree applies a decision already signed by the National Security Council.

“The sanctions are a difficult decision,” Zelenski has admitted on his Twitter account, from where he has defended that his government “strongly supports freedom of expression.” However, he believes that “the fight for independence is also fighting the information war for truth and European values.”

In this sense, the president has stressed that he will not accept “propaganda financed by the aggressor country (Russia)” that will hinder Ukraine in its integration into the EU and NATO.

The networks are considered the main speaker in Ukraine of the Medvedchukm formation, Opposition Platform-For Life, which has reacted to the shutdown by announcing the start of proceedings to open an impeachment trial against Zelenski in Parliament. The party has even threatened to block parliamentary activity, according to the daily ‘Vesti’.

The channels themselves have also opposed the measure, with a joint statement in which they have accused the president of “settling accounts” with media that are not related to him, reports the DPA news agency. In addition to without the licenses, the televisions are also left without their rights to the frequencies and without any account they could have for an initial period of five years.

Zelensky already warned shortly after coming to power that he considered inadmissible that the messages favorable to Moscow were taking over the television spectrum, at a time when Ukraine still has a war open in its eastern regions. In 2019, Parliament also opened an investigation to analyze Russian influence in the Ukrainian media.

For its part, the Russian Presidency has condemned Zelenski’s decision and stressed that it violates international norms and standards, as well as freedom of the press, as reported by the Russian news agency Sputnik.