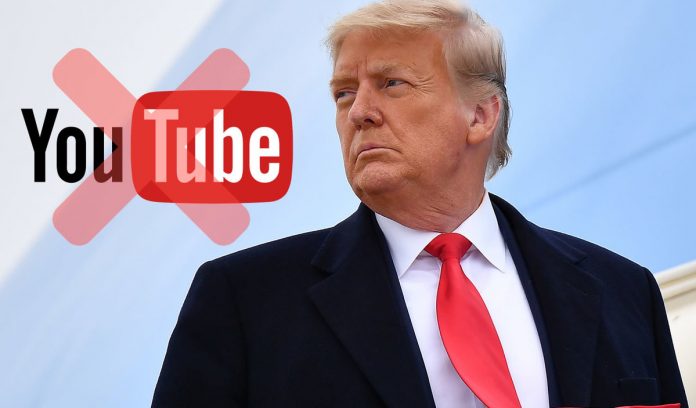 YouTube announced on Tuesday the suspension of the channel of the president of the United States, Donald Trump, for a minimum period of one week, considering that one of the videos published recently incited violence, without giving more details about it.

“After careful review and in light of concerns about the potential for violence, we have removed new content posted on Trump’s channel and issued a ‘strike’ for violation of our policies on incitement to violence,” he said.

The company has indicated in statements to the US television network CNN that it will review its decision within a week and has confirmed the removal of the aforementioned video, amid the actions against Trump’s accounts on social networks after the assault last week. to the Capitol by a group of his followers.

He has also highlighted that he will prohibit commenting on the videos posted on Trump’s account and added that he has also removed content from the White House account for violations of YouTube policies.

YouTube’s decision came after Facebook announced that it was suspending Trump’s account “indefinitely” and Twitter definitively canceling it after the events on Capitol Hill, which resulted in at least five deaths, including a police officer. .

The assault caused the postponement of the vote in Congress to certify the victory of Joe Biden, something that took place hours later. Trump then assured that there would be an “orderly transition”, although he reiterated his allegations of fraud, without presenting evidence.

Given this, the Democratic Party presented on Monday the formal request to open a political trial or ‘impeachment’ against Trump for a single article of “incitement to insurrection” for his support for the mobilizations that culminated in the assault on the Capitol.

On his side, Washington D.C. Attorney General Karl Racine announced hours later that he is studying the filing of charges against the outgoing president of the United States for inciting violence by supporting protesters.