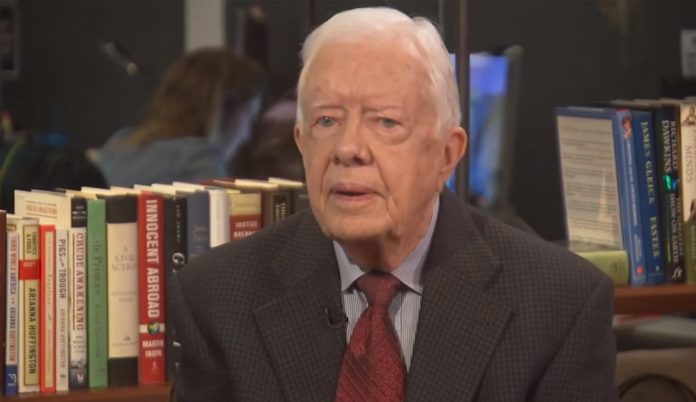 Jimmy Carter has joined the condemnations of the rest of the former US presidents and has branded the assault on the Capitol by followers of the current president, Donald Trump, as a “national tragedy” and has shown his concern for “violence “in the incidents, which have resulted in at least four deaths.

“It is not who we are as a nation,” said Carter in a statement published by the Carter Center through his account on the social network Twitter.

“Having watched elections in troubled democracies around the world, I know that citizens can unite to move away from this precipice and peacefully uphold the laws of our nation, which is what we must do,” he said.

Likewise, he has advocated “a peaceful resolution” so that “the nation can heal itself and complete the transfer of power, as it has done for more than two centuries.”

Carter has thus joined the criticisms made by the other three living former US presidents: Bill Clinton, George W. Bush – the only Republican among them – and Barack Obama.

Previously, the Carter Center had published a statement in which it stressed that “the proud history of peaceful and democratic transitions was being put to the test.” “While the Carter Center supports the right of Americans to protest peacefully, it strongly condemns threats and violence of any kind,” he said.

The agency stressed that “voters participated in the November 2020 elections in a record number” and that “the process of counting and verifying the accuracy of the results has been completed and the extensive legal resources have been resolved, which has led to Joe Biden’s declaration as the winner. “

“All Americans should be proud of what has been accomplished. While there is no doubt that the entire process has been credible, there has been an unprecedented damaging effort to deny and reverse the will expressed by the people,” lament.

“This has placed a significant burden on our democratic system and created unfounded doubts in millions of Americans about the integrity of the elections,” he said, before stressing that “it is time to support a peaceful transition and work together towards a prosperous future. and shared “.