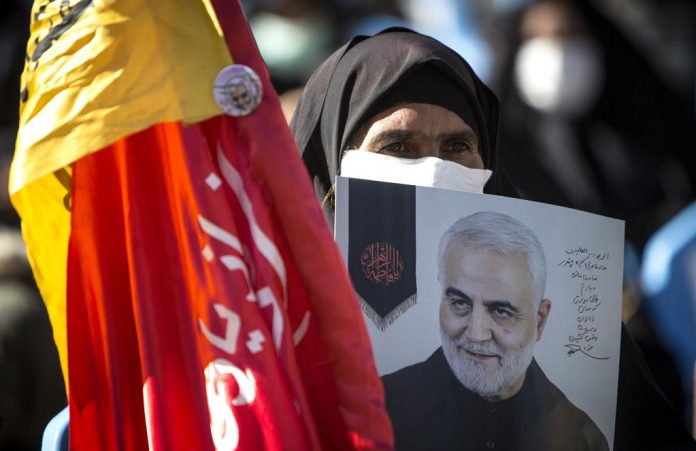 The Iranian authorities have asked the Interpol police agency to issue a red notice to secure the arrest of the president of the United States, Donald Trump, and 48 other people allegedly involved in the bombing that killed General Qasem Soleimani a year ago. .

The list, set up after a “thorough investigation”, also includes senior military officials, according to the spokesman for the Iranian judiciary Gholamhosein Esmaili, who has advocated that the US authorities be held accountable for the “terrorist crime” against Soleimani, reports Mehr agency.

The Iranian Prosecutor’s Office already issued an arrest warrant against Trump in June 2020 and on Sunday, coinciding with the anniversary of the attack perpetrated at the Baghdad airport, the main authorities again claimed revenge against the United States. After the bombing, Iran has already attacked several Iraqi bases with the presence of US troops.

“The order to kill the general is one of Trump’s unforgettable sins,” President Hasan Rohani declared last week, warning that “one day the Iranian people will take revenge.” For his part, the Foreign Minister, Mohamad Yavad Zarif, stressed that “Iran will not rest until it brings those responsible to justice.”

In any case, the step taken before Interpol would be merely symbolic, insofar as it is first up to this agency to examine whether there is a basis for issuing the required red notice and its application – the hypothetical arrest of Trump – would depend on each of the different countries. There are currently about 62,000 notifications of this type, according to the organization.