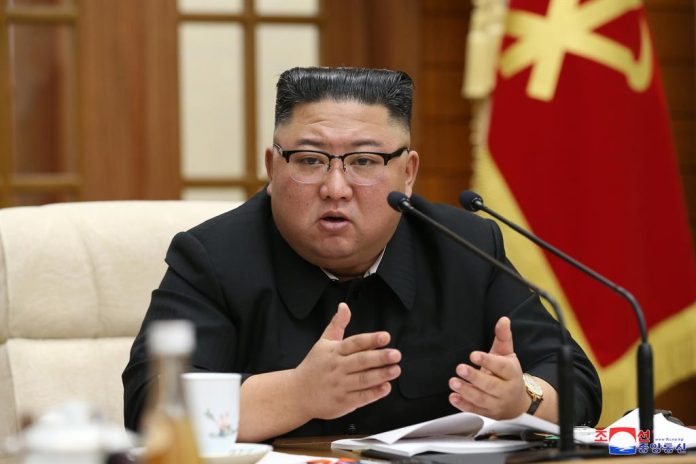 The North Korean leader, Kim Jong Un, thanked citizens for their support in “difficult times” in his New Year’s message, which this time was in writing and not through a televised speech, as is usual, and which precedes to the congress of the ruling party that is expected to be held soon.

In his terse message, published by the state agency KCNA, Kim wished North Koreans “happiness” and “good health”, pledging to work “hard to bring before the new era, in which the ideals and desires of our people will come true. “

“I offer my thanks to the people for having consistently trusted and supported our party, even in difficult times,” added the leader, who has also pledged to remain “loyal to the great people” of North Korea.

According to the South Korean news agency Yonhap, this is the first time since Kim succeeded his father, Kim Jong Il, in 2011, that he sent a written letter to the North Koreans. Likewise, it is the first time that a leader of the country sends a congratulatory message to the citizens of the New Year since 1995.

Already at the start of 2020, the North Korean leader had not delivered his traditional New Year’s speech, in which he usually presents his annual plans for the country, postponing it to the one he later delivered during the meeting of the ruling North Korean Workers’ Party .

Experts had pointed out that Kim could not be expected to speak this year either, as his message could be a distraction from his announcements during the ruling party’s congress, scheduled a priori for this start of the year and which will be the first in four years.

At this meeting, Kim Jong Un is expected to unveil his new political line toward the United States, now that Joe Biden will take over from Donald Trump, with whom the North Korean leader has held two historic summits that have not, however, ended up offering concrete results in the face of the denuclearization of the peninsula.