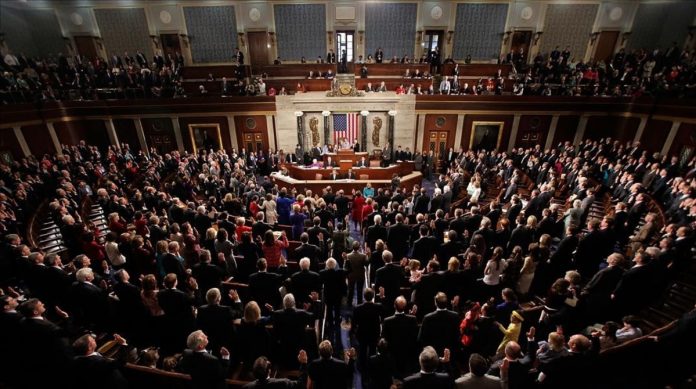 The House of Representatives of the United States, with a Democratic majority, approved a bill on Monday to increase unemployment benefits to 2,000 dollars (1,630 euros) per month, which were initially set at 600 dollars (490 euros) and that President Donald Trump called “ridiculously low.”

“I am asking Congress to amend this bill and raise the ridiculously low $ 600 to $ 2,000 or $ 4,000,” President Trump said a week ago, in a statement from the White House in which he criticized the economic aid bill against the coronavirus that Republicans and Democrats agreed upon after several months of disagreements.

The measure, which would only benefit those who have earned less than $ 75,000 per year (61,300 euros) in 2020, must pass through the Senate this Tuesday, controlled by the Republicans, who during the negotiations were not very in favor of increasing these amounts.

This was made known by the leader of the Democratic minority in the Senate, Chuck Schumer, who assured that all the representatives of his party are in favor of this initiative, not the Republicans, according to the NBC network.

“All Senate Democrats are in favor, but unfortunately, we do not have all Republicans on board,” said Schumer, who has asked Trump to act to reverse this situation.

“These Senate Republicans have followed him through thick and thin. Make them act now and support the $ 2,000 checks,” Schumer told reporters before the vote took place on Monday.

A day earlier, it was the Speaker of the House of Representatives, Nancy Pelosi, who, through a statement, also asked Donald Trump to “immediately” demand that Republicans in Congress stop “obstructing” and support this increase.

“Every Republican vote against this bill is a vote that denies the financial hardships families are facing and denies the American people the relief they need,” Pelosi said.

The economic aid plan against the coronavirus valued at 900,000 million dollars (735,000 million euros) was finally ratified by Trump, after a week extending his signature and already days after the unemployment benefits that millions of American workers were receiving expired .

In addition to these subsidies, the project contemplates an item of 284,000 million dollars (232,000 million euros) so that companies and businesses affected by the pandemic crisis can face rents and the payroll of their workers.

For its part, from the Republican side there is less consensus on the matter. Its leader in the Senate, Mitch McConnell, applauded Trump’s signing of the bill on Sunday, but avoided mentioning this increase that the president of the United States had been promoting in recent days.

Some, like the Republican representative for Missouri in the Senate, Roy Blunt, have doubted that the measure can go forward, while others like the senator for Florida, Marc Rubio, have already advanced that they will vote in favor.

In the coming months, it is expected that other points of the aid plan will be debated again, after Republicans and Democrats decided to postpone the most controversial proposals of the same.

In order to move forward before the emergency aid set in March expired, the text left out the Republican demands to protect the private sector from possible lawsuits related to the pandemic crisis, as well as the request of many state governments and locals to invest in their public health and education systems.