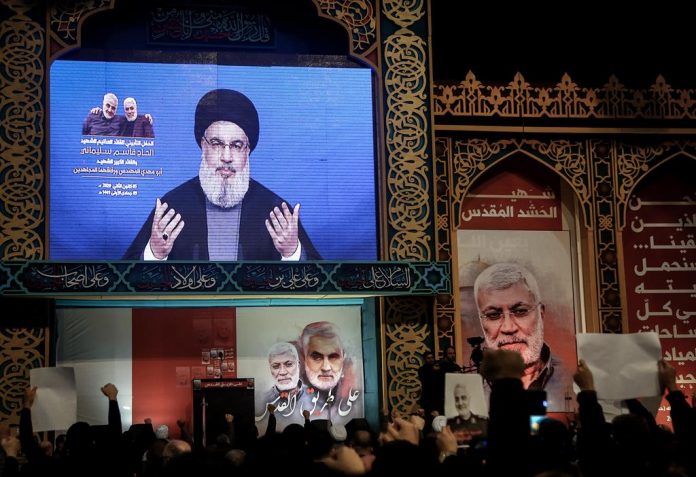 The leader of the Lebanese Shiite militia-party Hezbollah, Hasan Nasrallah, has assured that the group currently has “double” the precision missiles it had a year ago and has stressed that it can hit targets with them throughout the entire country. territory of Israel.

Nasralá has stated in an interview with the Lebanese television channel Al Mayadín that “the number of precision missiles of the resistance is now twice as high as a year ago” and added that “any objective in occupied Palestine can be reached. with precision”.

Thus, he has indicated that Hezbollah has increased its “strength” and “morale”, before stressing that it remains determined to “respond” to the death of a senior member of the group in an attack carried out by Israel in Syria. Nasrallah has also stated that the Israeli authorities “are afraid of the response of the resistance.”

“Israelis should be concerned about resistance by land, sea and air,” he said, while arguing that Israel is “concerned” also about the possibility of the United States returning to the 2015 Iran nuclear deal once Donald Trump leaves the White House on January 20.

On the other hand, he has accused the Saudi crown prince, Mohamed bin Salmán, of discussing with the US authorities the possibility of assassinating him. “The Americans agreed with the Saudi request, but said that it should be Israel that carried it out,” he said.

“Saudi Arabia has been inciting my assassination for a long time,” said Nasrallah, who has argued that “attacks against Hezbollah leaders is a common goal of Israel and the United States.” In this sense, he stressed that he received warnings in this regard before the November presidential elections in the North American country.

In another vein, he pointed out that the indirect negotiations between Lebanon and Israel on the demarcation of the maritime border “will go nowhere” under the mediation of the current US Administration, before stressing that the country “has the right to prevent any Israeli theft in its waters. “

The United States Government regretted last week that the Israeli and Lebanese governments remain “distant” in their positions on the demarcation of the border, more than two months after the beginning of their indirect contacts to try to reach a solution to the dispute.

The negotiations revolve around an area of ​​860 square kilometers that, according to both countries, are located in their respective Exclusive Economic Zones, a matter of special importance after the discovery of gas reserves in this area that both Israel and Lebanon hope to be able to exploit .

Israel and Lebanon are officially at war and do not have diplomatic relations. The land border has been the scene of tensions in recent months, in part due to the absence of an agreement for its demarcation.

LACK OF AGREEMENT ON THE GOVERNMENT
Nasralá has also recognized that there is “a trust problem” that is causing the lack of agreement regarding the formation of the new Government, before pointing out that this problem exists “mainly” between the president, Michel Aoun, and the prime minister. manager, Saad Hariri.

Hariri himself pointed out last week to “clear complications” in the process for the formation of the new Executive and ruled out that there will be an agreement before the end of the year, after a new meeting with Aoun to address the situation.

“I was hoping there would be a government before the holidays, but there are still clear complications,” he said. “I will not stop until I form an Executive, trust must be recovered,” he said, before warning that “there is no time left” and that “the country is rapidly collapsing.”

Hariri was appointed to the task in October, about a year after resigning from office amid another wave of popular mobilizations against his Executive due to the bad economic situation in the country.

The appointment, received with discomfort by the population, came in the absence of agreement on another candidate as a result of the resignation of Prime Minister Hasan Diab, following the August 4 explosions in the port of Beirut. Diab is in office until the formation of the new Executive.