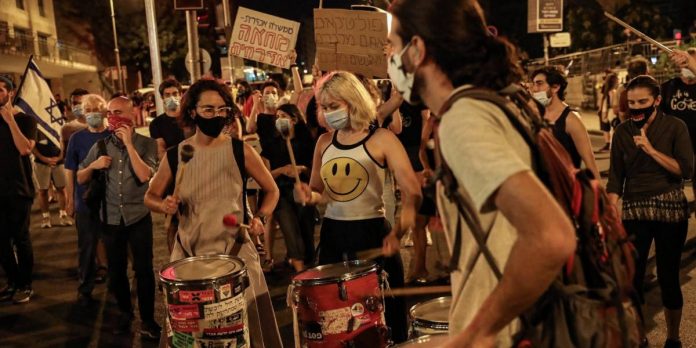 Thousands of people have taken to the streets in Israel for the 27th time this Saturday to protest against the Government of Benjamin Netanyahu in demonstrations that have been dispersed by the Police after charging the protesters.

With chants such as “we will not stop protesting until you leave our lives”, the protesters have marched through the streets of Tel Aviv and in other parts of the country such as in front of the prime minister’s house in Caesarea.

On this occasion, those summoned to the protest arrived before the usual time at the concentration with torches and surprised the security forces, which allowed them to get closer to the home of the prime minister. There were three detainees according to ‘The Times of Israel’.

Following its failure to pass the budget law, the Israeli parliament has considered Netanyahu’s government dissolved and has called elections for March 23, the fourth in two years.

PROTESTS FOR THE DEATH OF A SETTLER
Likewise, in Jerusalem, right-wing protesters protesting the death of a 16-year-old settler in the West Bank have been dispersed by police after throwing stones at a car where there were several Arab people, according to the local newspaper ‘Haaretz’.

Eleven members of the Police were injured by the stones thrown by the protesters, while 21 people have been arrested and two were beaten by the water cannons used by the Police.

The young teenager died last Monday while fleeing the police for allegedly throwing stones at a group of Palestinians. Since then, there have been several demonstrations that have ended in altercations with the security forces.