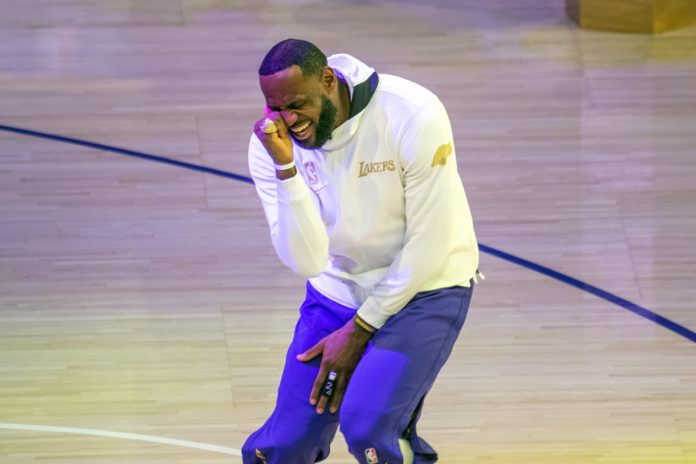 The Los Angeles Lakers defeated the Dallas Mavericks (138-115) at dawn this Saturday in the most attractive game of ‘Christmas Day’ in the NBA, a duel decided thanks to the tandem formed by LeBron James and Anthony Davis, authors of 22 and 28 points respectively, who put out the good performance of Luka Doncic, while the Clippers achieved their second victory of the course against the Nuggets (120-108).

At the Staples Center, the reigning champions released their winning streak this season by beating the Mavericks with great authority. The Angelenos dominated the duel from start to finish and LeBron James was up to the task again. The American achieved his tenth victory on this traditional Christmas day, a record that allows him to equal the record of his friend Dwyane Wade.

In addition to 22 points, James had 10 assists and 7 rebounds in 31 minutes of play and was only surpassed in his own team by Anthony Davis, who contributed 28 points, 8 rebounds, 5 assists and 2 steals to slow down Luka’s scoring momentum. Doncic, whose debut on Christmas Day was overshadowed by defeat.

The former Real Madrid player, who had 27 points, 7 assists and 4 rebounds, also ran into a great performance from Montrezl Harrell, who came off the bench to sign 22 points. The Dennis Schroder thing was also decisive for the Lakers, exceptional in the direction with 6 assists and -in addition- 18 points.

The Spanish Marc Gasol, who played almost 20 minutes, added 2 points, the first he did as a ‘laker’ and also reaped 9 rebounds in the triumph of the team led by Frank Vogel. However, Sant Boi’s man continues to search for the sensations that give him more regularity in his game, especially in the scoring side, as part of his adaptation.

On the other hand, Serge Ibaka’s Angels Clippers continue on the winning path by beating the Denver Nuggets 121-108 thanks to a sensational mark from the perimeter (19 3-pointers of 38 attempts). The best was Paul George with 23 points and 9 assists, although Kawhi Leonard, Nicolas Batum and the Spanish-Congolese Ibaka were also important.

Ibaka finished the duel with 15 points, 2 rebounds and 2 assists. On the opposite side, Nikola Jokic touched the triple-double and ex-Madrid player Facundo Campazzo could barely play three minutes in his second official game as an NBA player.

In addition, New Orleans conceded its first loss of the season after falling 111-98 at American Airlines in Miami. The Pelicans, who started the course by beating the Raptors, were not so successful this Friday in a game that did not have the participation of Spanish Willy Hernangómez. The Madrilenian was – again the whole crash – sitting on the bench and points to another season with few opportunities despite the change of scenery.

Zion Williams, with 32 points, and Brandon Ingram, with 28, were the best in the Pelicans, although their contribution was insufficient to stop the Florida franchise. The most prominent in Miami was Duncan Robinson, especially inspired from the perimeter with seven triples and five rebounds for a total of 23 points, as well as Goran Dragic (18 points).