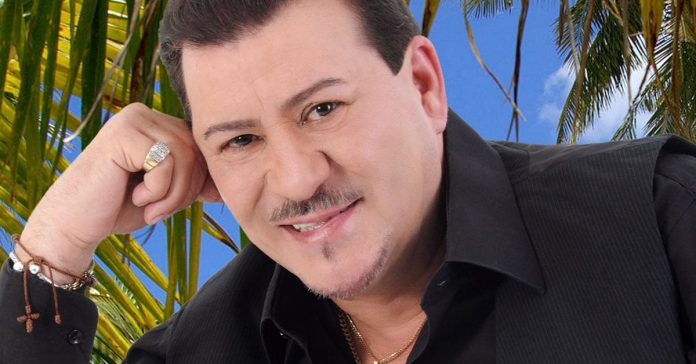 San Juan.- The veteran Puerto Rican salsa singer Tito Rojas, known for songs like “El gallo salsero” and for songs like “Siempre seré” or “Señora de madrugada”, died at dawn this Saturday at 65 years of an alleged attack to the heart.

Jessica Rojas, one of the singer’s daughters, confirmed the death to the music radio station Salsoul.

The interpreter’s relatives were those who found him on the ground and without vital signs on the balcony of a residence in the Tejas neighborhood of Humacao, a municipality on the east coast of Puerto Rico.

“This morning a call to 911 alerted about a medical case in a residence in the Tejas neighborhood of Humacao,” these publications detail.

The last presentation that Rojas offered was a virtual one last Thursday, Christmas Eve, through his YouTube page, together with his orchestra.

“No one is eternal in the world, not even having a heart that feels and sighs for life and love so much … rest in peace, understood,” Puerto Rican reggaeton Don Omar said on his Instagram account.

Julio César Rojas López, the artist’s real name, released his first album -of his more than 25-, “Mima la pululera”, together with Pedro Conga in 1972.

After that experience, he joined the Cuban singer Justo Betancourt’s orchestra and the Borincuba ensemble, with which he recorded “Distinto y different” (1977) and “¡Presencia!” (1978), according to the biography included in the book “Historia de la salsa” by the Puerto Rican journalist and sociologist Hiram Guadalupe.

Although he later separated from her, Betancourt produced his next two albums as a soloist: “Borincuba with love: Presents Tito Rojas” (1978) and “Borincuba here” (1979).

The singer later worked with Conjunto Borincano, with which he released an album in 1980. Five years later he recorded with the Luisito Ayala orchestra and Puerto Rican Power.

“El gallo salsero”, as Rojas was known, had a vast career spanning more than 40 years, in which he released other albums such as “A my style”, “By own right”, “Humildemente”, “I want to get to home “,” The usual “and” Traditional “.

The also singer of the hits “He collided with life” and “Condéname a tu amor”, was known for his expressions such as “Dale pa’bajo”, “Perdona sae”, “Claro, brute” and “Take pa’tu House”.

His last production was “A rooster for history”.

Prior to that album, he released “The traveler”, an album that he published under his own label, TR Records (the first was “Independiente”, published in 2012), and has eight songs.

“It is an album for the good rumba and street dancer, in the style they know Tito Rojas,” the former member of the orchestras of prominent musicians, such as the Puerto Rican Pedro Conga, the Cuban Justo Betancourt and the Puerto Rican Power.

Before working independently, the career of this 59-year-old musician was in the hands of Musical Productions, with which he released the albums “Sensual”, “A mi Estilo”, “By own right”, “Humildemente”, “Canta gallo, canta” and “Tito Rojas”.

HIS DECESS IS ADDED TO “CANO” ESTREMERA

Rojas’ death joins that of another prominent Puerto Rican salsa singer in 2020, Carlos “Cano” Estremera, who died on October 28 at the age of 62.

Estremera, known for hits such as “Her wedding”, “El toro”, “El caimán” or “Love me in slow motion”, died in a hospital on the island, where he remained hospitalized for about a week due to multiple complications of Health.

Tito Rojas grew up and trained in the city of Humacao, located on the eastern coast of Puerto Rico, where he attended elementary and high school. From an early age Rojas enjoyed singing salsa to his family and friends.

In 1974 he had an audition with Pedro Conga and his Orquesta Internacional. He sang the song “« Olvídate de me »” accompanied by the orchestra and Pedro Conga hired him as a singer. Some time later he left the band to join the “Conjunto Borincuba”, directed by Justo Betancourt, as the lead vocalist. With this orchestra he participated in the recording of “Con amor” (“With Love”), which became a success in 1978.

After a while, Rojas formed his own band, “Conjunto Borincano”, of short duration. Between 1987 and 1988 he sang, with good success, salsa versions of «Noche de Boda» and «Quiéreme as I am» with the “Puerto Rican Power”.

In 1990, Rojas recorded as a soloist the successful LP Sensual for the “Musical Productions” label. It is followed with equal or greater success by the albums Tito Rojas from 1992, A mi Estilo ”from 1993 and in 1995 he recorded Por own right, which placed him on the Billboard Latin charts. He earned recognition from the recording industry by winning the Double Platinum Album, the Paoli Award for “Best Salsa Artist of the Year” and the “ACE” award.

In 1996, Rojas had other hits with Humildemente and Pa’l Pueblo, as well as 20th Anniversary, Alegrías y Penas and Navidad Con Tito Rojas in 1999.

He was the founder of the Borincano group, which obtained a series of musical successes; among these are Better than ever, With a veil and a crown, Ramona, The seller who does not trust, The corner winery, Aguzate and eats watercress, etc. There were many musicians and choristers who passed and contributed to this group: Pablito Paredes and Axel Martines, among others. In 2002, Tito Rojas and his band recorded “live” from Las Vegas, Nevada. The album is titled Tito Rojas Live: authentically live, with Roberto Roena as a special guest on bongos. His most recent album is Borrón y Cuenta Nueva, with “Si me faltas tú” and “When a man falls in love” as hits. Currently Tito Rojas performs concerts and tours around the world.

Death
Tito Rojas had left to share in a family Christmas activity in the Tejas neighborhood of Humacao.

When the activity is over, he goes to his residence, but shortly after leaving, he stops at a cousin’s house in the Mariana neighborhood and stops at a relative’s house, and tells him that he is not feeling well ”.

He asks her to take him to the hospital. When they are in the process of getting into the family member’s vehicle, on the collapse stairs. Shortly after, the paramedics arrive and certify that he died. There were no signs of violence, but everything seemed to be due to a health situation.

The interpreter was 65 years old. He is survived by his daughters Kisha and Jessica and his three grandchildren Julian, Amanda and Briana.