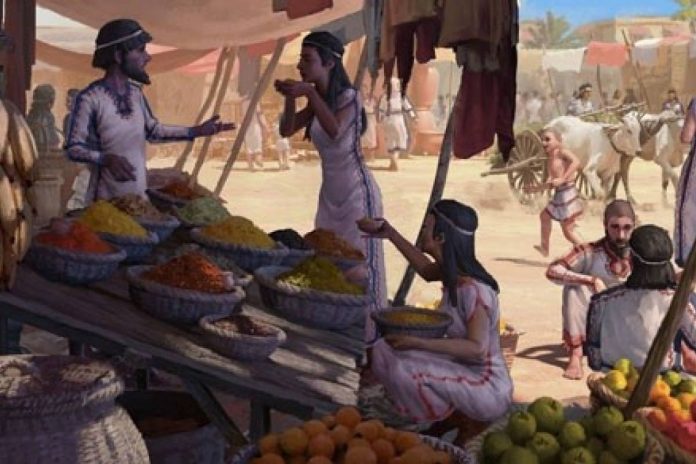 Asian spices from aromatic herbs such as turmeric and fruits such as bananas had already reached the Mediterranean more than 3000 years ago, much earlier than previously thought.

A team of researchers working alongside archaeologist Philipp Stockhammer at the Ludwig-Maximilians-Universität in Munich (LMU) has shown that even in the Bronze Age, long-distance food trade was already connecting distant societies.

Working with an international team to analyze food residues in tooth tartar, the LMU archaeologist has found evidence that people in the Levant (Eastern Mediterranean) were already eating turmeric, bananas and even soy in the Bronze Age. and Early Iron, about 3,700 years ago. The study is published in PNAS.

“Exotic spices, fruits and oils from Asia had reached the Mediterranean several centuries, in some cases even millennia, earlier than previously thought,” Stockhammer says in a statement. “This is the earliest direct evidence to date for turmeric, banana and soy outside of South and East Asia.”

It is also direct evidence that as early as the second millennium BC. There was already a flourishing long-distance trade in exotic fruits, spices and oils, which is believed to have connected South Asia and the Levant through Mesopotamia or Egypt. While the substantial trade in these regions is extensively documented later on, tracing the roots of this nascent globalization has proven to be a persistent problem. The findings of this study confirm that long-distance trade in culinary products has connected these distant societies since at least the Bronze Age. People obviously had a great interest in exotic foods very early on.

For their analyzes, Stockhammer’s international team examined 16 people from the Megiddo and Tel Erani excavations, which are located in present-day Israel. The southern Levant region served as an important bridge between the Mediterranean, Asia and Egypt in the second millennium BC. The aim of the research was to investigate the cuisines of Levantine populations of the Bronze Age by analyzing traces of food remains, including ancient proteins and plant microfossils, which have been preserved in human dental calculus for thousands of years. years.

The human mouth is full of bacteria, which continually petrify and form stones. Tiny food particles are trapped and conserved in the growing calculus, and it is these tiny remains that are now accessible for scientific research thanks to state-of-the-art methods.

For the purposes of their analysis, the researchers sampled a variety of individuals at the Bronze Age site of Megiddo and the Early Iron Age site of Tel Erani. They analyzed which food proteins and plant residues were conserved in the calculation of their teeth. “This allows us to find traces of what a person ate,” Stockhammer says. “Anyone who doesn’t practice good dental hygiene will still be telling archaeologists what they’ve been eating thousands of years from now!”