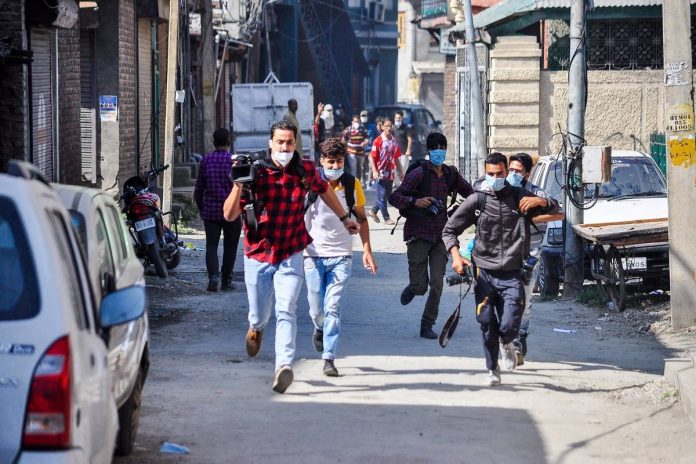 The United Nations Educational, Scientific and Cultural Organization (UNESCO) reported on Wednesday that 59 journalists have been killed in 2020, with Latin America and Asia Pacific being the most lethal regions, with 22 murders in each.

UNESCO data show that Arab countries have added nine murders, while in Africa six reporters have been murdered. Furthermore, four of the murdered journalists were women. Over the past ten years, 888 journalists and media workers – one every four days – have died doing their jobs.

UNESCO Director General Audrey Azoulay has stressed that the impunity with which these murders are committed undermines freedom of the press. A report on the safety of journalists published in November by UNESCO reveals that, in 2020, there were no consequences for these attacks in 87 percent of the cases.

In the same way, Azoulay has highlighted the role of press freedom in a context like the current one. By describing the situation as “historical”, she asserted that this year has witnessed the “relevance of journalism” for democracies and for the protection of Human Rights. However, the COVID-19 pandemic has been “the perfect storm” that has affected press freedom “everywhere.”

The crisis unleashed by COVID-19 has come to threaten the survival of the media, which have lost their advertising revenue, creating an even more precarious environment for their workers, UNESCO stressed.

In addition, emergency legislation and measures taken to curb the spread of the coronavirus have served as an alibi in many countries to restrict freedom of expression and of the press.

In this framework, according to UNESCO, many journalists have been penalized for denouncing failures in the authorities’ management of the health crisis. “These conditions raise fear that the journalistic profession will disappear,” lamented the UN agency.

For this reason, Azoulay has asked that, by 2021, the world defend information as a public good. “Protecting journalism is protecting the truth,” she stressed.

UNESCO has also highlighted the increase in harassment and attacks on information professionals in the context of the pandemic. In this sense, he has cited, for example, the aggressions they suffered during the coverage of the protest demonstrations, as occurred in the case of the mobilizations framed in the movement ‘Black Lives Matter’.

According to the organization’s data, in the first half of the year press workers were attacked or detained in 125 protests held in 65 countries. UNESCO has added that these incidents increased in the second half of 2020.

THE JOURNALISTS: DOUBLE TARGET
This United Nations body has dedicated a space to denounce the situation of female journalists, who are usually the double target of attacks because of their profession and their gender. In this context, it has specified that these professionals especially suffer from harassment and gender violence ‘online’.

A global survey in this regard carried out in October revealed that 73 per cent of participating journalists had experienced violence on the Internet and 20 per cent said that these attacks were followed by other abuses or face-to-face attacks.