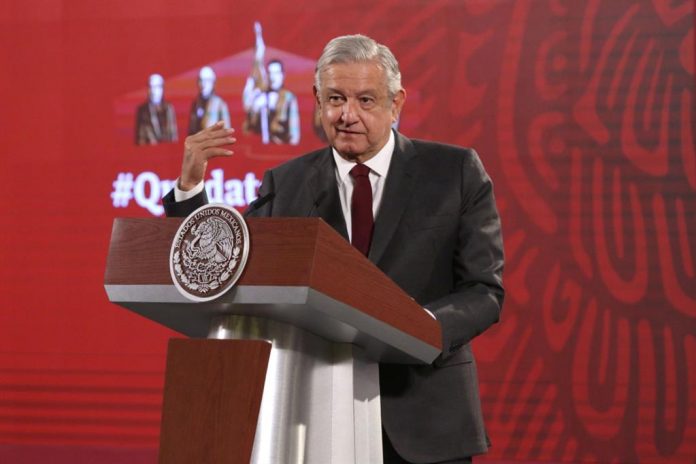 The president of Mexico, Andrés Manuel López Obrador, has urged Mexicans not to leave home except as necessary for the next ten days in order to stop infections in the country, which already accounts for more than 1.25 million cases and nearly 114,000 deceased.

“It’s 10 days, that’s what I ask the people, because from the 14th to the 24th the streets are filled, because on the 24th they get used to spending the night with the family and these days are when people go out more,” said the president during his daily press conference.

As of January 25 and until January 6, according to the president, the situation goes down, so “it’s only these ten days.” “Help everyone, we are going to take care of ourselves, because this way we avoid more infections and the saturation of hospitals,” López Obrador has defended.

Likewise, it has indicated that it is working to expand the number of beds in hospitals, given the high levels of occupation, especially in the capital, Mexico City, where there are hardly any beds available.

López Obrador has once again insisted on the importance of keeping one’s distance and washing hands and has insisted on “only going out if it is essential, if it is really necessary” and avoiding family gatherings. The president has trusted that Mexicans will respond to his call, as has happened previously.

“The strongest proof was what happened on the 12th, the day of the Virgin of Guadalupe, the most important celebration in the country,” he stressed, stressing that the basilica was empty that day, which shows that “people act Responsible way, you have to trust people. “

The president stressed that “this is part of the change in mentality” and has defended that we must stop thinking that “the Mexican is a minor, that he does not know, that he requires bad treatment, authoritarianism,” according to the newspaper ‘The universal’.