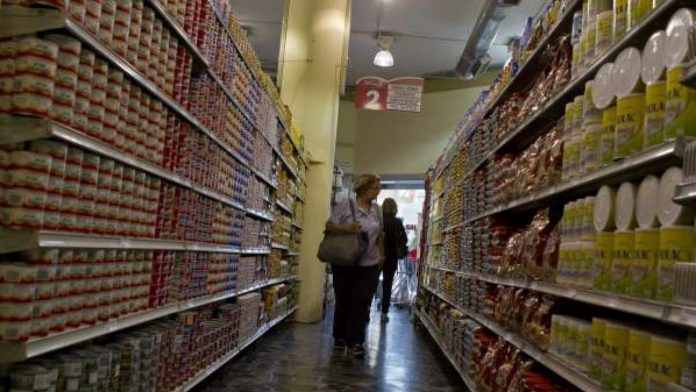 Filling the shopping basket in Venezuela has a cost of 164.5 million bolivars (125.4 euros), a figure that represents more than 400 minimum wages, a remuneration that currently stands at 400,000 bolivars (0.30 euros).

This is revealed by the data from the Venezuelan Observatory of Finance of the National Assembly (AN) for the month of November, which shows that the cost of a kilogram of sugar in Venezuela was 752,552 bolivars (about 0.57 euros at the current exchange rate) during the month of November, which represents an excess of 352,552.99 bolivars (0.26 euros) above the minimum wage.

The minimum wage, which is more than 84% below the poverty line established by the United Nations of $ 1.90 (1.5 euros), only allows access to 1.46% of a food basket in the country Latin American.

The deputy and member of the Finance Commission of the National Assembly, Ángel Alvarado, warned this Friday that the cost of a caloric survival shopping basket for a family of four, which includes products such as flour, oil vegetable, sugar or white rice, is around 20 million bolivars (about 14.5 euros), a figure far removed from the minimum wage.

Accumulated inflation up to November in Venezuela reached 3,045.92%, while monthly inflation climbed to 65.7%. In the case of food, inflation was 44.4%. On the other hand, during the month of November the inflation rate in interannual rate stood at 4,087%.

On December 4, the deputy and member of the Finance Commission of the AN, José Guerra, stressed that the 65% inflation during the month of November was mainly due to the depreciation of the bolivar against other currencies such as the dollar.

This situation, according to Guerra, is due to a disproportion between the rate at which the amount of money grows, which is 60% or more, and what production grows, since there is an excess of money supply with respect to the level of production .

In this sense, the deputy warned that the main problem for Venezuela today is the hyperinflation that has been going on for several months. “If hyperinflation is not resolved, no other problem can be resolved,” Guerra added.

In addition, the Venezuelan financial observatory asserted the actions of the Central Bank of Venezuela during the eleventh month of the year, when “it flooded the economy with liquidity by financing the expenses of the Executive for the payment of Christmas bonuses and national bonds.”