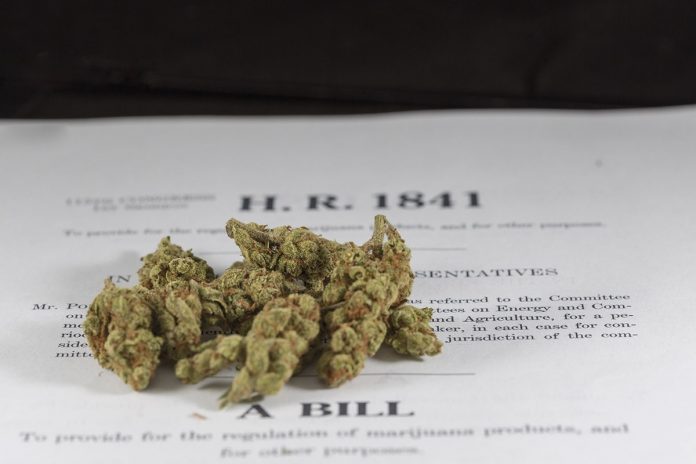 The House of Representatives of the United States Congress, under Democratic control, approved this Friday a bill that would mean the legalization of marijuana at the federal level in what is the first time that a congressional institution supports this measure.

The possible passage of this bill would remove marijuana from the so-called federal drug scheduling system, that is, the basis of much of federal drug policy, and would remove criminal penalties for anyone who possesses, distributes or produces marijuana.

The approval was obtained thanks to the majority of the votes of the Democratic representatives (plus the incorporation of a group of libertarian republicans) with a final result of 228 votes in favor to 164 against.

This bill, called the Marijuana Opportunity, Reinvestment, and Elimination Act (MORE) would eliminate the records of people with prior federal marijuana convictions, and impose a tax on marijuana products, which in turn would fund new programs designed to support ” people and businesses in communities affected by the war on drugs. “

“The criminalization of marijuana has been a mistake, and the racially disparate application of marijuana laws has only compounded this mistake,” the lower house promoter of the bill and Democratic chairman of the Judiciary Committee said last month. of the House of Representatives, Jerry Nadler.

Among other additional measures, the MORE Act would open the possibility of granting federal loans to marijuana businesses, prohibit government officials from rejecting the granting of public benefits to people with prior marijuana convictions, and prohibit the denial of U.S. citizenship based on prior marijuana-related offenses.

However, the bill is unlikely to go much further in the current Congress, given that the Senate is controlled by Republicans, staunch advocates of outlawing.

There is a version of the law in the upper house, presented by the senator and vice president-elect, Kamala Harris, although everything would depend on the composition of the new Senate in the absence of two crucial votes in the state of Georgia, next January , which could tip the balance in favor of the Democratic Party that Harris represents. In addition, the country’s president-elect, also a Democrat Joe Biden, is only betting on a diluted version of the law.

Not even in the best of scenarios, the approval of the law would lead to the national decriminalization of marijuana because the final decision would depend on each state. So far, 15 states and Washington D.C. they have decriminalized its use (although recreational sale is not approved in the capital).