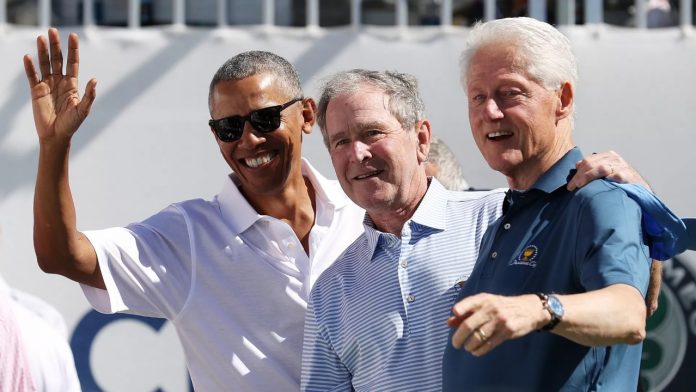 Former US Presidents Barack Obama, George W. Bush, and Bill Clinton have volunteered to be publicly vaccinated against COVID-19, thus clearing up possible safety concerns about the vaccination campaign.

The three ex-presidents, who will undergo the vaccine once the United States Food and Drug Administration authorizes one, thus seek to raise awareness and transfer confidence in the vaccination process, especially regarding its safety and efficacy.

Freddy Ford, Bush’s chief of staff, has indicated in statements to CNN that the former 43rd president of the United States has contacted the chief scientist responsible for the fight against coronavirus in the country, Anthony Fauci , to launch an awareness campaign in the country hardest hit by the pandemic in the world.

“A few weeks ago, President Bush told Fauci that when the time is right he wants to do what he can to help citizens make up their minds and get vaccinated,” Ford said.

“First the vaccines have to be ready to be administered to the population at risk. Later, President Bush will be willing to put them in front of the camera,” he explained.

Clinton’s press officer Angel Urena has also confirmed that he is willing to administer it. “She will put it on as soon as possible,” she said.

Obama, for his part, has indicated that “he trusts people like Fauci, with whom he has worked.” “If Fauci tells me to get vaccinated, which is safe, I will, absolutely,” he insisted.