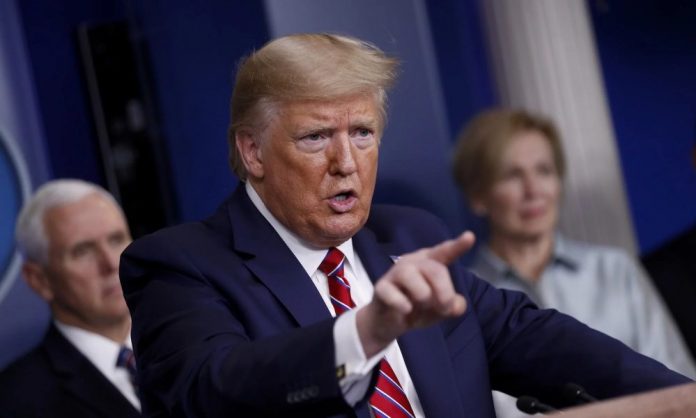 US President Donald Trump has hinted that he could run again in the 2024 presidential elections by assuring during a reception at the White House that if the appeals he has presented against the result of this year’s elections fail, the citizens will see him again “in four years.”

In a video posted on Facebook by one of the attendees of the act, Trump tells those present that he has won the elections and that the results have been “manipulated” against him, hours after the attorney general, William Barr, assured In an interview the Department of Justice has found no evidence of widespread fraud.

“Certainly this has been an unusual year. We won the elections, but they do not like it,” said the president. In reference to the litigation that maintains regarding the result, Trump has said that “they have been four incredible years”. “We are trying to get another four, otherwise I will see you in four years,” he said.

In his brief speech, the president also took the opportunity to congratulate those present on Christmas and the New Year, assuring that “it is going to be a magnificent year.” The White House has not commented on these statements, recorded by a member of the Oklahoma Republican Party.

Trump has not yet recognized his defeat against the Democratic candidate, Joe Biden, in the elections on November 3, a formalism that is traditional in the United States, although his Administration has already begun to work with the president-elect’s team. to prepare for the transition.

A Trump campaign adviser has indicated to CNN that the organization of an event in which the tycoon would reveal his future plans, predictably his aspiration to be a candidate in 2024, around January 20, is being discussed, the date on which Biden must take over.