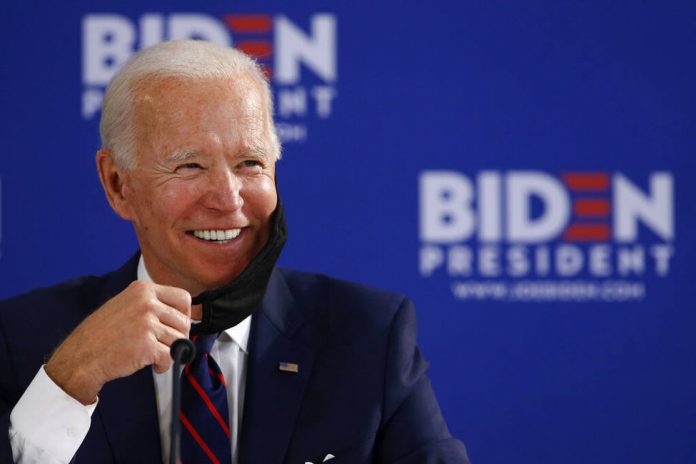 The president-elect of the United States, Joe Biden, announced this Sunday that his new communication team, for the first time in history, will be made up entirely of a group of seven “diverse” and “experienced” women, with whom he hopes, he said, “to build an administration that resembles” the country.

“I am proud to announce today the White House’s first senior communications team made up entirely of women. These skilled and experienced communicators bring diverse perspectives and a shared commitment to better rebuild this country,” said Biden.

Among those elected, the presence of Jen Psaki stands out, who has been present in up to three Democratic presidential campaigns. During the Barack Obama Administration (2009-2017), she held several important positions, including that of Director of Communication for the White House, spokesperson for the State Department, or Secretary of the Press, the position she will occupy from now on.

“Our country faces unprecedented challenges, from the coronavirus pandemic to the economic and climate crisis, as well as the recognition of racial injustice,” said the vice president-elect, Kamala Harris, for whom this group of women “express the commitment “of the new administration to” build a White House that reflects the best of the nation. “

The rest of the team will consist of Elizabeth E. Alexander, Biden’s former federal prosecutor and press secretary in Obama’s early years, who will now serve as Communications Director for the next first lady, Jill Biden; and Ashley Etienne will serve as Harris’s Communications Director, having held that same position, in addition to serving as Senior Advisor, to the Speaker of the House of Representatives, Nancy Pelosi.

The group is closed by the new Press Secretary, Karine Jean Pierre, Biden’s senior adviser and Harris’s chief of staff on the election campaign; Harris ‘senior advisor and spokesperson Symone Sanders, who has previously worked for Senator Bernie Sanders’ presidential campaign; and Pili Tobar, who will be the White House deputy director of Communication, has extensive experience in immigration matters and in favor of the Hispanic community.

The new list of names that will accompany Biden and Harris for at least the next four years has a large female presence, in which there are also old acquaintances from the previous Democratic administration, such as Janet Yellen, the new Secretary of the Treasury, who already she served as chair of the Federal Reserve during the last years of Obama.

As US ambassador to the UN, Biden has chosen Linda Thomas-Greenfield, a former assistant secretary of state also during the Obama Administration, while Avril Haines will be the first woman to lead the US intelligence services as director of National Intelligence.

However, these last seats must be approved by the Senate, a chamber whose control is still in the air, pending the distribution of the last two seats at stake in Georgia, which are pending a second round that will take place in the month of January.

The new movements of the future government of Washington arise after the recent formal authorization of the Donald Trump Administration to facilitate the transition of power, although the still president of the United States has not officially recognized his defeat and has insisted that the legal battle against the alleged electoral fraud of the presidential elections will continue.