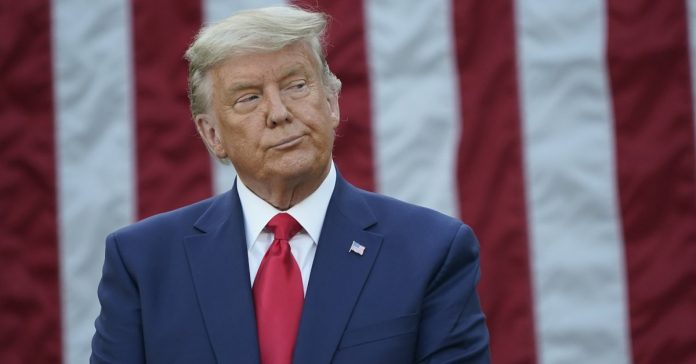 The Trump campaign has announced an appeal against the decision.

A federal judge on Saturday dismissed the latest lawsuit of the Trump campaign in Pennsylvania and has given free rein to certify the results of the elections in this state.

With this new defeat in the courts, the clearest way for Trump to invalidate before the Justice the result of the elections in the states that he lost more closely to the Democratic candidate and president-elect, Joe Biden, is ended, since Pennsylvania is the one that distributes more electoral votes.

In a statement signed by the US president’s main legal adviser, Rudy Giuliani, the Trump campaign has announced that it will appeal this ruling to the Third Circuit Court of Appeals, the last step before the Supreme Court.

The text ensures that reaching the Supreme Court is the objective of the president’s legal team. In this body, conservative judges have a 6-3 lead over progressives, as Trump has selected his last three justices.

In fact, Amy Coney Barret, the last magistrate to rise to the top US judicial authority, has only been in office for a month, having been selected after the death of progressive Judge Ruth Bader Ginsburg in October.

THE JUDGE ENSURES THAT THERE IS NO EVIDENCE OF FRAUD
In the case of Pennsylvania, the team of the New York magnate had asked to invalidate almost seven million ballots sent by mail in the main cities of the state, however the judge has dismissed the lawsuit due to the lack of evidence.

“One could hope that by seeking such an alarming verdict, the approach would arrive formidably prepared and full of legal arguments and factual evidence of rampant corruption, so that Justice would have no other option but to endorse what was proposed, despite the impact it would have on a large group of citizens, but that has not happened, “the judge said in his resolution, according to CNN.

Instead of this, it has been presented / displayed to this court with forced legal arguments and without merit and mere speculative accusations, has criticized the federal judge Matthew Brann in his ruling.

Following this court resolution, Pennsylvania is expected to certify the electoral result on Monday and award its 20 delegates to the Electoral College to Biden.

To this defeat, we must add another in the state of Nevada where a conservative activist group also imposed another lawsuit to stop the certification of votes that has been rejected.

SEVERAL REPUBLICANS DISMARK TRUMP
The Biden campaign has issued a statement in which it assures that the Americans will not allow “Trump’s attempt to” override the elections that he has lost.

“The ruling could not be clearer,” underlined the Democrats who have called Trump’s legal strategy a “horrific assault on democracy.”

Requests have also reached Trump to recognize the result from his own ranks. The senator from Pennsylvania, Pat Toomey, has published a statement congratulating Biden and highlighting that the judge who has issued the sentence is a conservative and a Republican.

In his statement, Toomey has applauded several Trump measures such as actions in the Middle East or tax cuts, but has asked him “to accept the result of the election and facilitate the presidential transition.”

The president of the Republican Conference in Congress, Liz Cheney, has also made a statement in this regard, who in a statement has asked Trump that if his lawyers have evidence “to present it immediately.”

In case you don’t have them, Cheney has urged you to “keep your oath” and “respect the sanctity” of the electoral process.

Trump has responded to the congresswoman on Twitter and accused her of publishing the statement for being unhappy with the withdrawal of US troops from Afghanistan.