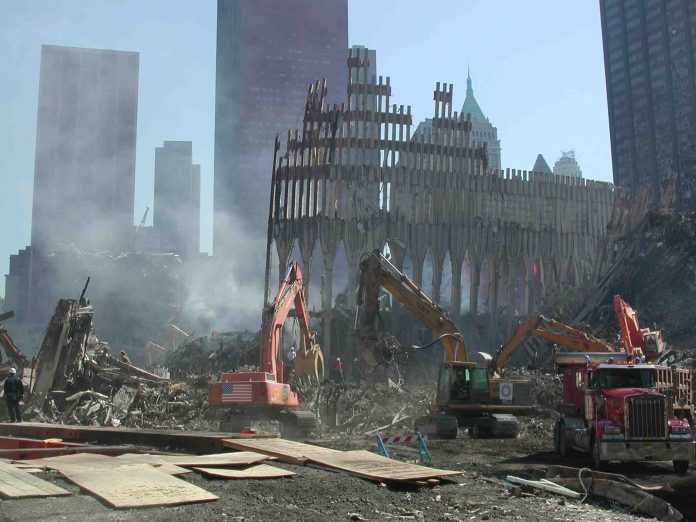 Its creator was Khalid Sheikh Mohamed and although he ended up giving his approval, Bin Laden did not see it feasible at first

‘Operation Airplanes’. This is how the Pakistani Khalid Sheikh Mohamed, the ‘mastermind’ of the 9/11 attacks in the United States, baptized the entire operation of what would become the largest terrorist attack recorded to date in 2001 and which for now has not been overcome. A plan that had the initial reluctance of Usama bin Laden.

From a family originally from the Pakistani region of Baluchistan, Mohamed – who is usually referred to by his acronym KSM in English – grew up in Kuwait but after finishing high school, he moved to North Carolina, where he continued his studies and He obtained a degree in Mechanical Engineering in 1986. It was after that that he entered the jihad, after a trip to Peshawar, and fought against the Soviets in Afghanistan. He also briefly fought alongside the Mujahideen in Bosnia in 1992.

KSM then moved to Qatar, where he worked until 1996 as a project engineer for the Ministry of Electricity and Water, before returning to Pakistan to escape the United States, which already had him in its sights due to its relationship with him. ‘ brain ‘of the first bombing of the World Trade Center in 1993, his nephew Ramzi Yousef.

It was around this time that he began to devise attacks, targeting the United States. While in Qatar, and before later settling in Afghanistan, KSM traveled to several countries, including the Philippines, where he and Yousef organized some unsuccessful attacks.

According to the report of the 9/11 Commission of the US Congress, the KSM itself has explained that his animosity towards the United States does not stem from his stay as a student in the country, but stems from his rejection of US foreign policy and the fact that it seeks to favor Israel.

RELATIONSHIP WITH BIN LADEN
KSM fought with Bin Laden in Afghanistan in 1987 and after meeting for the last time in 1989, the two would meet again in the fall of 1996 in Tora Bora. It was at that meeting that the Pakistani presented the leader of Al Qaeda and his chief of operations, Abu Mohamed al Masri, various proposals for attacks, including the option of training pilots to crash planes against buildings on US soil.

The Pakistani has said that he and his nephew Yousef had already spoken of attacking with airplanes during their time in the Philippines and in 1995 they had even speculated with attacking the World Trade Center in New York and the headquarters of the CIA in this way.

That proposal would become ‘Operation Airplanes’ within the terrorist group. Bin Laden’s first reaction was skepticism. “It is not feasible”, according to Ali Soufan, a former FBI agent and expert on Al Qaeda, told KSM in his book ‘Anatomy of terrorism’. However, the Saudi invited him to join al Qaeda, but KSM politely declined the offer.

Despite this, in the following years, KSM maintained contact with Bin Laden’s group, also collaborating with other terrorist groups in the region, such as Yemáa Islamiya in Indonesia. The double attack against the US embassies in Kenya and Tanzania in 1998 was what ended up convincing KSM that Bin Laden would be willing to attack in the United States, but it would not be until the end of that year or early 1999 when the Saudi would give birth Green ‘Operation Aircraft’.

According to years later Nasir al Wuhayshi, the leader of Al Qaeda in the Arabian Peninsula (AQAP), helped Bin Laden decide to carry out the operation when on October 31, 1999, the copilot of EgyptAir Flight 990 crashed the plane. against the Atlantic killing more than 200 people who were on board. The al Qaeda leader wondered why the device had not smashed into a building, according to Al Wuhayshi.

Although he settled in Kandahar and began to work directly with Al Qaeda, KSM assures that he never formally took an oath of allegiance to bin Laden, according to the congressional report, despite the fact that he was fully involved in preparing the attacks.

ORIGINAL PLAN
During his interrogations, KSM said that his “grandiose original plan” was to hijack ten planes, nine of which would crash into targets on both coasts of the United States, some of which were among those attacked on 9/11.

For his part, “he himself was going to land the tenth in an American airport and, after killing all the adult male passengers on board and alerting the media, he would deliver a speech criticizing the support of the United States to Israel, the Philippines and the repressive governments in the Arab world, “according to the commission of inquiry.

The first preparations for the operation began in the spring of 1999 and Bin Laden, Al Masri and KSM made a first list of targets that would include the White House, the Capitol, the Pentagon and the World Trade Center. According to the Pakistani’s account, Bin Laden was primarily interested in destroying the White House and the Pentagon.

The selection and training of the men called to carry out “Operation Airplanes” was developed in the following months, with some setbacks and problems, among them obtaining visas to enter the United States. Finally, a cell of 19 troops was formed, fifteen of them originally from Saudi Arabia, in whose selection Bin Laden took part directly.

According to the 9/11 ‘brain’, the high number of Saudis is explained by the fact that they were also the most numerous militants in Al Qaeda training camps – around 70 percent, compared to 20 percent of Yemenis and the remaining 10 percent from other countries. Furthermore, the Saudis had fewer problems than the Yemenis obtaining a visa in the United States.

IT COST HALF A MILLION DOLLARS
In terms of cost, according to the final report of the 9/11 commission, it is estimated that the entire operation cost Al Qaeda between $ 400,000 and $ 500,000. The members of the operation received the funds necessary for their actions through transfers or cash delivered by KSM, which they brought to the United States or deposited in accounts in other countries but accessible from US soil.

The consequences of the attack, as emphasized by Bruce Hoffman in his book ‘Inside Terrorism’, “exceeded even Al Qaeda’s greatest expectations.” In a video found in Afghanistan by US troops, Bin Laden says he was “the most optimistic” of all about the outcome of the attacks.

“I thought that the fire from the fuel in the plane would melt the iron structure of the building and collapse the area where the plane hit and all the floors above,” he explains in the recording, according to Hoffman, in reference to the Twin Towers. of the World Trade Center, which completely collapsed.

The end result was almost 3,000 fatalities, a massacre so far not surpassed by either Al Qaeda or its most direct rival today, the Islamic State, and which marked a before and after in the history of terrorism and opened a war against this scourge that still remains unfinished.

KSM was captured in Rawalpindi (Pakistan) in March 2003 in a joint operation between the CIA and the Pakistani intelligence services. After several years in secret CIA prisons, he was transferred in 2006 to Guantánamo, where he would end up confessing being the ‘mastermind’ of 9/11 and other attacks and charged with war crimes in 2008. Pending trial, he should start next January 11.