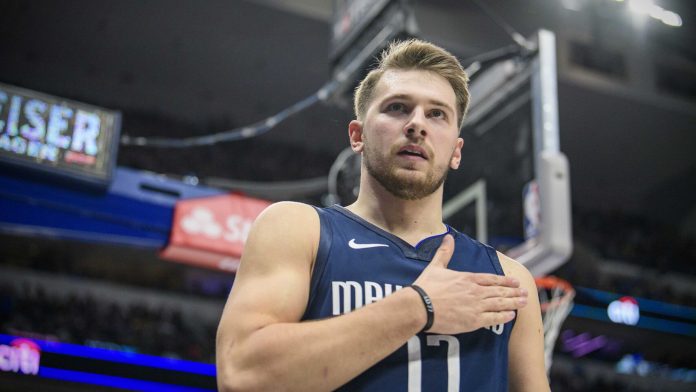 The Slovenian Luka Doncic added a new personal record in the NBA on Tuesday after signing in the Dallas Mavericks victory against the Sacramento Kings (114-110) a spectacular ‘triple-double’ with 34 points, 20 rebounds and 12 assists, figures that No one had gotten so young.

As reported by the NBA, the former Real Madrid player added his sixteenth ‘triple-double’ of the campaign, three more than LeBron James (13) and Nikola Jokic (13), and became the youngest (21 years and 158 days). ) to have in a meeting of the American league of at least 30 points, 20 rebounds and 10 assists, beating Oscar Robertson (23 years and 12 days).

In addition, the NBA also indicated that a ‘triple-double’ of 30-20-10 had only been achieved in the last ten years by Nikola Jokic, DeMarcus Cousins ​​and David Lee, while previously achieved by Kareem Abdul-Jabbar, Elgin Baylor, Wilt Chamberlain, Billy Cunningham and George McGinnis.

Finally, Doncic had his best rebounding figure in his time in the NBA, 20 rebounds, an achievement that in the history of the championship only five other bases conquered: Jerry West (twice), Fat Lever (four), Guy Rodgers (one) , Russell Westbrook (two) and in this same campaign, Shai Gilgeous-Alexander.