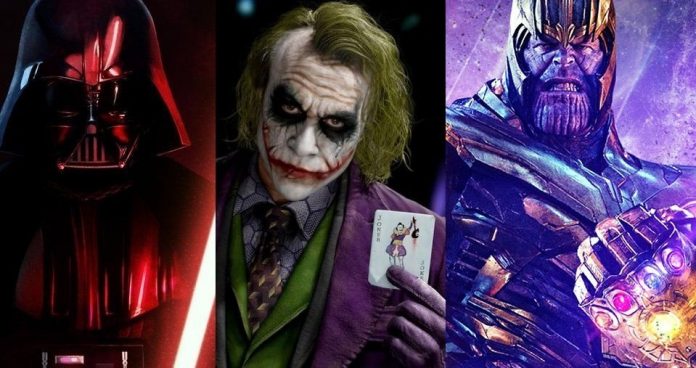 The chaotic Joker, the almighty Thanos, the sinister Voldemort, the sybarite Hannibal Lecter, the classic Darth Vader … the list of movie villains is extensive and varied. Many are the candidates to occupy the throne of malevolent popularity, but only one is chosen. And that is none other than the Crazy Titan that ended half the life of the Universe with just a snap. Indeed and yes, Thanos is the most popular movie villain.

The ToppCasinoBonus web portal has created a list of the main bad guys of the movies, which take into account the Rotten Tomatoes score of their most popular movie, as well as monthly searches on both Google and Wikipedia.

And Marvel’s Titan Titan, played by Josh Brolin, has been the winner with a total score of 81.05 out of 100.

According to the table on the web, Thanos takes the highest score with a 94% Rotten Tomatoes rating for Endgame, 584,000 monthly Google searches and a total of 164,475 visits on his Wikipedia page.

Presumably, its fame is due to the snap, one of the most intense of the decade cinematically speaking, as well as the popular Endgame, the highest grossing film of all time.

In second place is Darth Vader, with A New Hope as the highest rated film and the bronze is for the Joker, represented by The Dark Knight. The top 10 cinematic villains are completed by Voldemort (Harry Potter), Kylo Ren (Star Wars), Hannibal Lecter (Silence of the Lambs), Terminator, Palpatine, Alien, and Lord Farquaad (Shrek). Last place is Slimmer, the green ghost from the original Ghostbusters movies.

The list is completed with other great movie villains such as Biff Tannen (Back to the Future), Doctor Octopus (Spider-Man 2), Vito Corleone (The Godfather), Ursula (The Little Mermaid) and even HAL 9000 (2001: Space Odyssey ).

Horror also has a great representation in the ranking with great characters like Freddy Krueger (Nightmare on Elm Street), Norman Bates (Psychosis) and Michael Myers (Halloween). Curiously, other great serial killers such as Jason Vorhees (Friday the 13th) or Chucky (The Devil Doll) have been left out of the list.