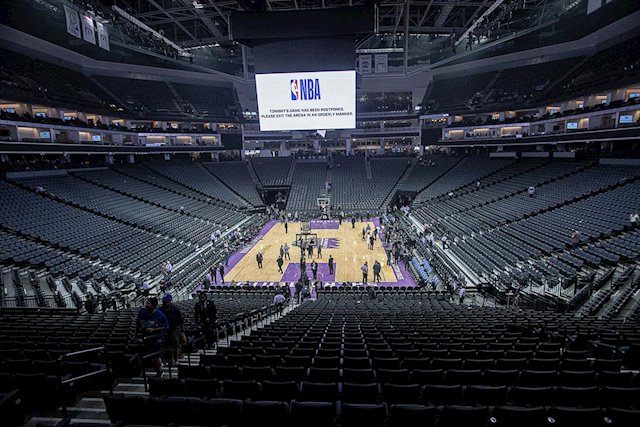 Basketball / NBA.- Cleveland Cavaliers and Portland Trail Blazers began training on Friday at their facilities, with small groups of players, on the first day marked by the NBA for reopening after restrictions due to the coronavirus pandemic, a measure to the that other teams in the North American league will be added in the coming days.

The ‘Cavs’ held two-hour sessions at their Independence, Ohio, facility with just four players on the track, in which only one player and one development coach, wearing gloves and mask, were allowed per basket. Previously, coach J.B. Bickerstaff confirmed that they had contacted local authorities to make sure they were following the proper protocol to protect staff.

They also returned to action in Portland, while Denver Nuggets, who had planned to start training this Friday, finally postponed the start to Monday. Precisely, this day 11 will be released at the OVO Athletic Center the defending champion, Toronto Raptors.

In addition, Monday will be the day of the Miami Heat and Sacramento Kings return; The latter will become the first California team to return to the routine, at the Golden 1 Center, with “voluntary and individual training.”

In contrast, in Texas, Dallas Mevericks and Houston Rockets will not be able to exercise at their facilities again until May 18. Two days earlier, on the 16th, the Los Angeles Lakers are scheduled to return.

On-site training must be done voluntarily and individually, provided the location of the equipment is not subject to government restrictions. No more than four players are allowed in one facility at a time; no head or assistant coach may participate; group activity is still prohibited, including training or informal matches; and players are prohibited from using non-team facilities, such as gyms.

The NBA suspended the competition on March 11 after French Utah Jazz player Rudy Gobert tested positive for coronavirus just before the game against the Oklahoma City Thunder began. After that, many players in the North American league also suffered COVID-19. Predictably, the decision on when the season will resume will wait until early June.