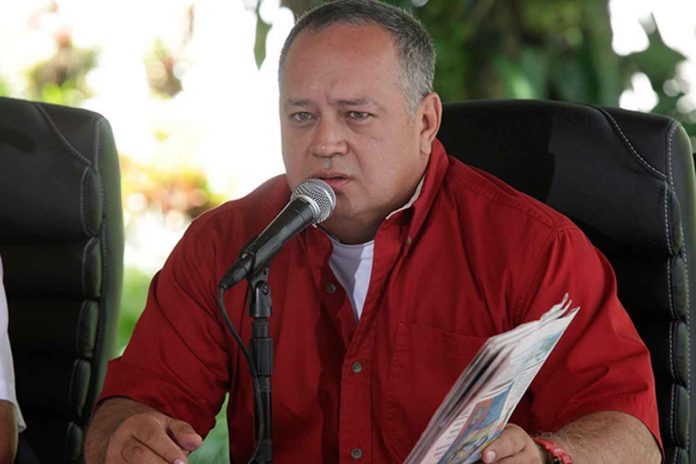 The president of the National Constituent Assembly (ANC) of Venezuela, Diosdado Cabello, has assured this Thursday that the reason that the president of the United States, Donald Trump, has to recommend the use of hydroxychloroquine to treat the coronavirus, is because it is ” shareholder “of one of its manufacturers.

“He owns a factory himself, so he recommends it and says it is good. I am not saying it is not good, but the only one he has advertised to is because it is a shareholder,” said the vice president. of the United Socialist Party of Venezuela (PSUV).

Cabello has accused the President of the United States of moving for economic interests amid a pandemic, which has already affected more than 1.4 million people worldwide and has killed more than 88,500.

“He is only concerned with silver,” Cabello said during the broadcast of his program on the Venezuelan television channel, referring to the alleged interest Trump said he had in Venezuela.

“When he says that he is worried about Venezuela, he will refer to the cousins ​​he has in Cabimas, or those of Mariguitar, or a brother who lives in San José de Guaribe, and the cousin who lives in Rubio,” he said ironically.

For his part, the President of Venezuela, Nicolás Maduro, announced on Wednesday that there have been two new deaths caused by Covid-19, which added to the previous number are nine throughout the country. The number of cases is 167, one of the lowest in the region.

“Our condolences to the relatives of the deceased,” said Maduro, who during his appearance has detailed some data on the two victims, as they suffered from previous respiratory problems and had returned from places with a high rate of cases and deaths, such as Spain and the United States.