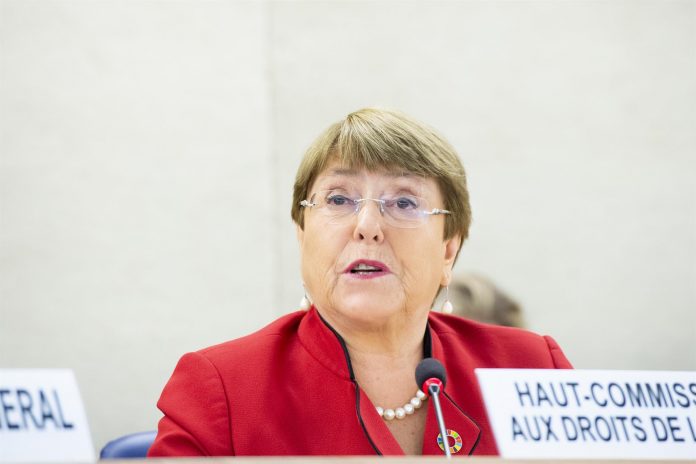 The UN High Commissioner for Human Rights, Michelle Bachelet, has urged governments around the world to take measures to prevent the coronavirus from spreading massively in prisons, for which she has urged to reduce the prison population , taking into account the risk groups and the “political prisoners”.

“Covid-19 has begun to affect prisons, jails and detention centers for migrants, as well as reception institutions and psychiatric hospitals,” said Bachelet, reviewing “extremely vulnerable” groups because their movements are limited.

The risk is heightened in occupied centers beyond their capacity, where “people are often in poor hygiene and medical services are inadequate or almost non-existent.” Bachelet has ensured that keeping one’s distance or remaining isolated in these contexts is “practically impossible”.

The High Commissioner has admitted that governments are forced to make “difficult decisions” in this pandemic, but has urged them “not to forget those behind bars,” also to protect officials, visitors and “society in their set, “according to a statement from his office.

The former Chilean president has proposed releases, especially of vulnerable people and to accumulate minor crimes, and stressed that, “now more than ever, governments should release all people detained without sufficient legal basis, including political prisoners and other simply detained for expressing critical or dissenting ideas. “

Regarding the restrictions of visits, he has called to bear in mind that the sudden suspension of contact with the outside world can lead to conflicts within prisons and has suggested that alternative measures such as videoconferences, email or phone calls be studied.

DETENTION AS “LAST REMEDY”
Bachelet has also been “deeply concerned” about threats of prison terms against those who violate any of the measures taken to prevent infections, such as confinement. These arrests, he warned, “will likely aggravate the prison situation and will not help stop the spread of the disease.”

“Detention should be a measure of last resort, especially during this crisis,” said the head of the United Nations Human Rights office.