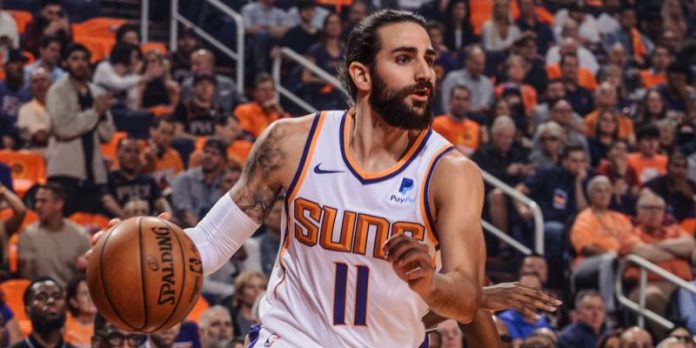 The Spanish base Ricky Rubio, with a ‘double-double’ of 18 points and 11 assists, has shone this morning in the victory of Phoenix Suns against Chicago Bulls at the United Center (104-112), on an NBA day in which Willy Hernangómez had no minutes in the defeat of Charlotte Hornets against Brooklyn Nets (86-115).

In the scenario where last weekend the ‘All-Star’ was played, the Arizona (23-34) forgot the loss of the previous night against the Raptors with a solid victory against a team that fit their eighth consecutive defeat. In spite of everything, the Suns continue in the second to last place of the Western Conference.

On this occasion, Rubio was again the third leading scorer of his own after the guard Devin Booker (29) and the Bahamian center Deandre Ayton (28). Thus, the base of El Masnou scored 4 of 9 field shots, including 1 of 3 triples, and 9 of 11 from the personnel line, to which he added 7 rebounds, 11 assists and 2 steals in 35 minutes of play.

For his part, the pivot Madrid Willy Hernangómez did not participate, by technical decision, in the duel against the Nets, which resulted in defeat for the Michael Jordan franchise. With that, Charlotte (19-37) interrupts a run of three straight wins and stays out of the playoff positions in the East.