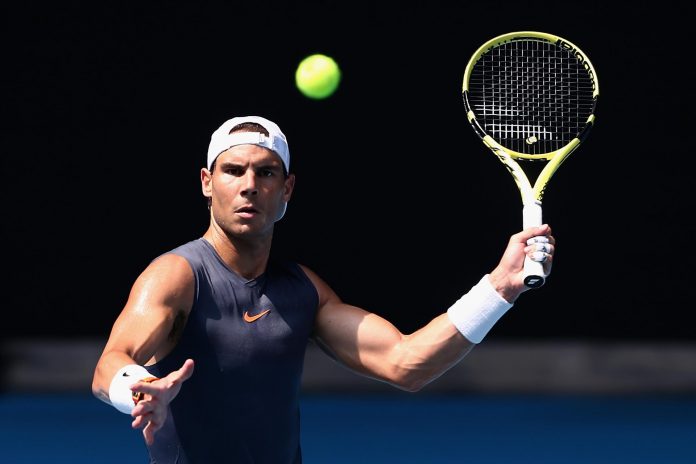 Spanish tennis player Rafa Nadal said on Sunday that “he was not negative” for his recent defeat against Serbian Novak Djokovic in the final of the ATP Cup, alluding to a duel that will mark the way for the Australian Open, first ‘ Grand Slam ‘of the season and to be held in Melbourne from January 20 to February 2.

“The game, in itself, was not negative for me. Even if I ended up losing, the second set was positive and I was very close, I had good options, I competed well and did things that can serve me for the future,” Nadal said during an exclusive interview with Eurosport.

“Honestly in the first set I think he started very strong and I got the start badly, I could have started better on my part. I think I was not lucky to catch some game at the beginning. When you play against a player like Novak, in the Starting the game it is important to feel that you are close on the scoreboard, “he argued.

“Because it is not only your feeling, but it is his too. But immediately I left on the scoreboard and he played a great first set in every way. I did not see the form of what he was doing,” he said. admitted Nadal, about a meeting that cemented the title for the Serbian team.

“I think the ATP Cup was a little long. For me, internally, in the fact that I didn’t stop anything in December and also for all the extra-sports things that I have to do, I planted the 29 here in Australia with the feeling that everything had gone very fast, “said the Balearic tennis player.

“But hey, it has been a different experience. I think it has served me and here I am, the truth is that I think that every day better and every day adapting a little more to the conditions and feeling that things are taking on a better color. even a little time to continue training well and continue polishing things that I think I will need. And therefore, be prepared to compete from the beginning at a good level, “he stressed.

Thus, Nadal will debut in the tournament against Bolivian Hugo Dellien. “He is a player who has had a good evolution in recent times. Difficult, all the first rounds are complicated and more with a player like him, who will come prepared. So, I have to play at my level, play well and I have to be prepared to compete in a game that is not going to be easy, “said Manacor.

In addition, the Australian Open will serve to gauge the mood and physical after the hard outcome of the ATP Cup. “He caught me in a moment of energy downturn. Since we left Perth, they were complicated moments; in Perth things I think were quite well and I played very good games, against Cuevas and Basilashvili, “he explained.

“And from there, we arrived in Sydney very late, the three-hour schedule change … And we just had the bad luck that on the first day we were hit by a brutal climate change and with Goffin I was devastated, this is the reality. He hit me with a heat stroke and I played the doubles later, “he added.

“I mean, I was physically touched. And the next day I had to go out and play against De Miñaur, a very electric player again. I was low on energy, but it ended up winning the game. It gave me a positive feeling,” he said. Nadal said a few days after initiating another assault by one of the four ‘big’ of the tennis calendar.