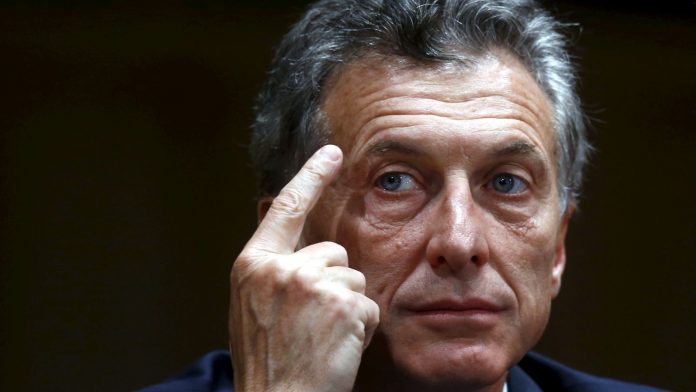 CÓRDOBA (ARGENTINA).- Mauricio Macri (Tandil, 1959) wants to reissue his position as Argentine president and avoid being the first president since the restoration of democracy in his country that, presenting himself for his re-election, does not get citizen support.

“We are a majority who spent many years in silence, with fear, looking at politics from afar, thinking that nothing was going to change, and we left a huge space, which ended up in the hands of people who thought they owned the state and wanted go for everything, and even for our freedom, “said the president at a rally held recently in Mar del Plata.

Macri, a civil engineer who never exercised, often vindicates that political independence. The entrepreneur became, in 2015, the first president outside of Peronism and radicalism in recent decades.

Its history began 60 years ago, in a small city sheltered by the mountains, in the province of Buenos Aires. He is the eldest of six brothers.

His father, Franco, had arrived a few years earlier in Argentina, from Italy, to try his fortune in America. Being the son of immigrants earned little Mauricio the teasing of his classmates.

But that immigrant quickly escalated from social status, becoming one of the wealthiest men in the country, forging an empire that includes construction, automobile, food and garbage collection companies, favored, denounced his critics, by the military governments of the 70 and 80

Mauricio became general manager of the group with only 26 years, doing an anonymous work. His name appeared on the front pages of the newspapers in 1991, when he was kidnapped and spent 12 days in an unknown location. He was released after the payment of six million dollars. Then it was shown that his jailers were federal police.

Four years later came another key moment in his life. In 1995, Macri became the president of the Boca Juniors Athletic Club, one of the two most popular teams in the country, along with River Plate, and that was, during his tenure, the best team in South America.

The Argentine leader, then with a characteristic mustache, left the Buenos Aires club in 2007, after having won 17 titles, being the most successful Boca boss in history.

JUMP TO THE POLICY
By then, Macri’s popularity had already allowed him to move into politics. That same year he managed, after a failed first attempt, to become governor of the Autonomous City of Buenos Aires (CABA), renewing the position four years later.

His two consecutive mandates, in which he arranged schools, improved the sanitation of waters of the capital, created the metropolitan police and invested in Health, seemed to leave Buenos Aires a good taste, despite the fact that he was splashed by scandals such as listen to them. illegal carried out by local security forces.

Although some tried to convince him to run for the 2011 presidential elections, Macri thought it was not his time. Four years later he was prepared and launched a successful election campaign, dethroning the ‘Kirchnerism’ of power for the first time in 12 years.

He came to the Presidency promoting orthodox measures to revive the Argentine economy, as well as the fight against drug trafficking and pursuing the goal of “zero poverty”.

But, four years later, the country is in a serious economic crisis – GDP will fall at least three points in 2019 – and poverty, which in 2015 affected 29.2% of the population, not only has not reduced, but has skyrocketed, to afflict 35.4% of Argentines, according to the most recent measurement.

The president has also taken a step back in some of his first government measures. He had, for example, to reinstate exchange controls due to the strong devaluation of the Argentine peso against the US dollar.

It also reversed the policy of subtracting taxes from foreign trade. In fact, the country today has the highest tax pressure in the last six decades.

“Inflation is the demonstration of the inability to govern. In my Presidency, inflation is not going to be a challenge,” he said before becoming president. In 2015, Argentine inflation was 25%. This year, it will close above 52%.

Meanwhile, Macri has left unpopular, although, in the opinion of its supporters, necessary measures, such as the rise in gas and electricity bills, above 1,500%, in some cases, after the withdrawal of subsidies and subsidies, as well as the payment of the debt to the so-called ‘vulture funds’ or the signing of a line of credit with the IMF for 57,000 million dollars.

RE-ELECTION IS STILL POSSIBLE
Financial problems have taken a toll on his candidacy – Alberto Fernández, opposition leader, surpassed him by 16 points in the August primaries – but Macri continues to pick up the sympathies of a third of Argentines, which keeps his aspiration to renew The charge.

“The ‘macrismo’ and the ideological sector of center right and right has a percentage of support, even in adversities, in the worst moments, which is around 30% of the votes,” says Mariano Fraschini, political scientist and professor at the University from Buenos Aires.

“It seems that this percentage is immovable. The sector has no other candidates to vote and, given the danger posed by the return of ‘Peronism’, it will undoubtedly vote for Macri,” he adds.

The president has admitted mistakes in his administration, but he has also attributed the crisis to the inheritance received from the ‘Kirchner’ governments and to the international scene, plunged into a currency and trade war.

Macri has also recognized the social problems caused by the adjustments in the economy, but says it was worth it to change a country that has been “70 years of partying.”

Thus, it plans to continue favoring exports, opening new markets and exploiting the hydrocarbons of the great Patagonian deposit of Vaca Muerta.