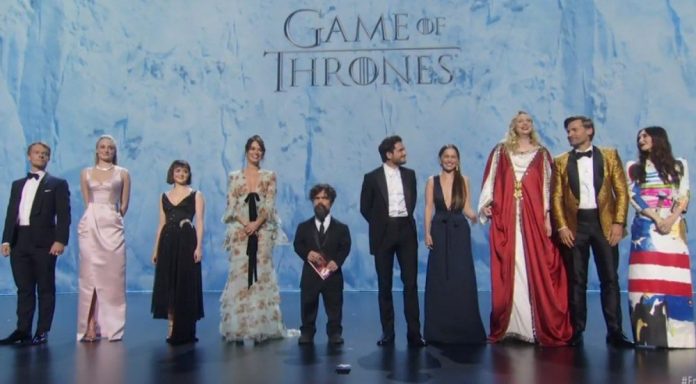 The farewell of Game of Thrones has had a bittersweet taste. The HBO series, winner of the statuette for Best Drama, left virtually empty on a night where Chernobyl and Fleabag shined. The miniseries on the nuclear disaster won three awards for the four in the comedy by Phoebe Waller-Bridge.

At the 71st Emmy Awards gala held in Los Angeles, the undisputed winners were Chernobyl and Fleabag. The acclaimed HBO miniseries was crowned in the limited series category in one of the hottest applications, as well as in direction and script. Thanks to the thrust of the fiction created by Craig Mazin, HBO won the Netflix game: the streaming service won a total of 27 prizes compared to 34 HBO.

The adaptation of the saga of George R.R. Martin has said goodbye by expanding his record as a series with more awards from the United States Television Academy. A total of 59 during his eight seasons after the two won last night: the best drama and also the best supporting actor for Peter Dinklage, a prize he won for the fourth time for his role as Tyrion Lannister.

Amazon was not far behind thanks to the push of one of the series of the year. And it is that Fleabag swept the comedy category, where he won the award for best series, as well as screenplay, direction and actress, all with a proper name: Phoebe Waller-Bridge. Also outstanding was the award to Bill Hader as best comedy actor for Barry, an HBO series created by the performer himself, and two secondary actor awards for Alex Borstein and Tony Shalhoub for The Marvelous Mrs. Maisel, who raised the number of awards for Amazon at 15.

In the interpretative categories Ozark gave the surprise with the prize to Julie Garner, who competed with actresses of Game of Thrones, Billy Porter got the Emmy for the best actor starring for Pose and Jodie Cormer took the award for his role as Villanelle in Killing Eve . For its part, Succession was awarded the best screenplay statuette, while Black Mirror: Bandersnatch was chosen as the best television movie.