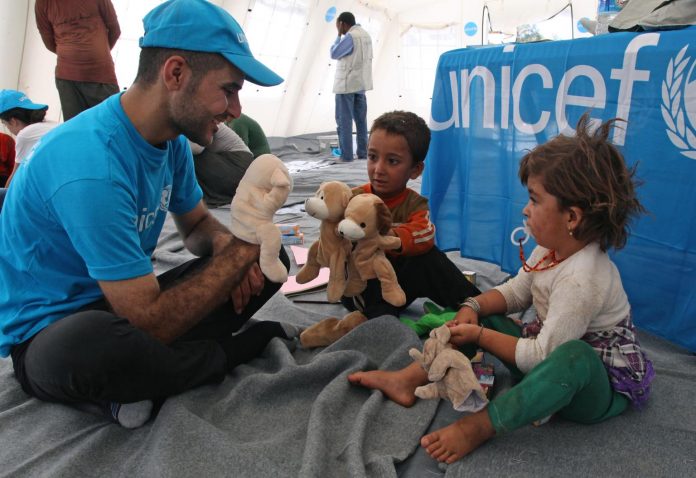 The United Nations Children’s Fund (UNICEF) on Wednesday warned that children around the world face new threats and challenges before “unimaginable” in a world in which about “15,000 children under five years they continue to die every day, mostly due to diseases that can be treated and other preventable causes. “

In a letter to commemorate the 30th anniversary of the adoption of the Convention on the Rights of the Child, UNICEF Executive Director Henrietta Fore has warned that “we are facing an alarming increase in the number of overweight children, but also of girls suffering from anemia. “

“Your generation, that of today’s children, faces new difficulties and changes worldwide that were unimaginable for your parents,” Fore wrote, pointing out that “inequality is getting worse.”

“Our climate is changing more than we could imagine, technology is transforming the way we perceive the world and families are migrating more than ever. Childhood has changed, and we have to change our approaches to adapt to those changes.” , has manifested.

In this regard, he has underlined the main and growing challenges for children today: protracted conflicts, pollution and climate crisis, the decline in mental health, mass migration and other population displacements, future skills to Future jobs, data rights and privacy on the web, as well as false information on the Internet.

In relation to climate change, Fore has indicated that it could be “the greatest threat to the rights of the next generation of children,” who need “clean water, clean air and a safe climate.” According to UNICEF data, more than 500 million children live in areas where floods are extremely high.

The increase in extreme weather conditions and toxic air and prolonged droughts are also part of this crisis and are disproportionately affecting the poorest and most vulnerable children, as he has stated.

In 2017, approximately 300 million children lived in areas with the most toxic levels of outdoor air pollution, six or more times higher than the limits of international guidelines, a situation that contributes to the annual death of some 600,000 children under 5 years.

In the letter, Fore said that “to mitigate climate change, governments and businesses must work together to address the root causes of these problems by reducing greenhouse gas emissions, in accordance with the Paris Agreement “.

“They must work together to reduce the consumption of fossil fuels, create cleaner agricultural, industrial and transport systems and invest in expanding renewable energy sources,” he said.

With respect to conflicts, the letter shows that the number of countries in conflict today is the highest recorded since the adoption of the Convention on the Rights of the Child in 1989, and that one in four children lives in countries affected by disasters or violent conflicts.

He also stressed that conflicts and natural disasters have prevented further study of 75 million children and youth. “A digitally inclusive world should allow young people, regardless of their situation, to access education,” he stressed before addressing the threat that misinformation and the lack of privacy in the network can pose.

DIGITAL ENVIRONMENT AND FALSE INFORMATION
Fore has warned that a digital environment in which it is difficult to distinguish the truth from fiction has the potential to undermine confidence in institutions and sources of information, in addition to skewing the democratic debate and the intentions of voters and sowing doubts about from other ethnic, religious or social groups.

Thus, he has argued that false information on the Internet “exposes children to sexual uptake, abuse and other forms of exploitation” and has pointed out that “depression is now among the main causes of disability among young boys”.

“Early detection and treatment are essential to prevent episodes of mental distress from reaching a critical point and that young people suffer damage that spoils their lives, which are so valuable,” he emphasizes.

“We cannot continue to naively believe that the truth has an innate advantage over the lie in the digital age and, as societies, we must build resilience against the daily avalanche of falsehood that exists on the network,” said Fore, who urges “to begin for training young people to understand what and who they can trust