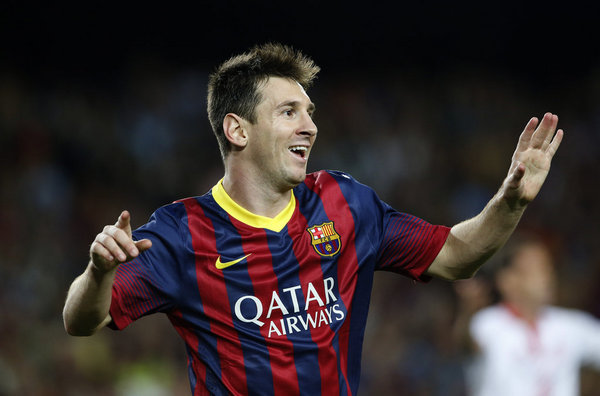 FC Barcelona’s Argentine forward Leo Messi has said he has no intention of leaving the Blaugrana club despite the clause revealed by the president, Josep Maria Bartomeu, for which he could leave free at the end of this season, although he stressed that He wants to be important in the team and win titles as a condition to follow.

“Obviously. I want to win. And I want to win in this club. This is my house. I have no intention of moving anywhere but I want to continue competing and winning,” he said in an interview with Sport newspaper collected by Europa Press.

“I always said that I want to be in Barcelona as much as I can and do my entire career here, this is my home. But I also don’t want to have a long contract and stay here just because I have a contract. I want to play, be important and see what there is a winning project, “he delved into this.

In that winning project that you want to have in Barça, Neymar would have fit in well, whose return did not come after a summer of true soap opera. Messi, after talking with his former partner, is clear that the Brazilian wanted to return and that he would have been happy to receive him again.

“The truth is that I would have loved that Neymar came. I understand the people who were against it, it is normal for what had happened and how it went, how it left us. But at the sporting level for me it is one of the the best in the world and having it in our team would have increased the chances of achieving the objectives, “he said.

But there was no agreement between Barça and PSG. “I know what he was talking about with Ney, what he was telling me about how things were going. I really wanted to come. I don’t know if the club really wanted it or not. As far as I know, Ney really wanted to. I also understand that it is very difficult to negotiate with the PSG after all the round trips that it has with Barcelona, ​​”he explained.

He wanted to make it clear, though, that he did not request the signing of Neymar to the Board of Directors. “So many things are said … Ask for the signing, no. Obviously, we commented when we heard that Ney could come, we gave our opinions if it was good or not to come. We never said we had to sign it. We did not impose anything. We gave our opinion. in the same way that happened with Griezmann, “he explained.

“Obviously I do not command. I am one more player. All I want is to win and continue to win titles. And to win another Champions League because I want to get it. And bring the best to the locker room of what I do best, which is to play football” , said in this regard.

As for the coach, Ernesto Valverde, revealed that he feared for his continuity when last year they could only win LaLiga Santander. “When these things happen, everyone thinks of the worst because the objectives are not met and something similar to that of the previous year had happened. Although I think this occasion was even worse. Everyone imagined that it would happen. As I said at the time, it was our fault, “he added.

“It was a bad season in quotes, because only the League won. On a personal level I felt very good although I always say that what interests me are collective titles. And last year we did not meet the objectives,” he said about the past Bell.

On his injury in the soleus, which has separated him from the group, he assured that he must recover one hundred percent and that he hopes to be against Dortmund, at the premiere in the ‘Champions’ of the following week.

“I was told that this is only complicated, that it seemed fine and treacherous. I had never been through this and now I know what it is. That is why I am calm and I will play when I really feel that I am safe and do not go back to happen because a relapse would be for much longer, “he said.