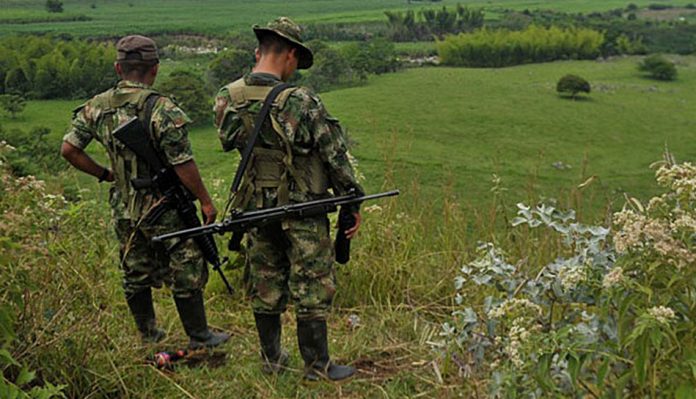 The French Government has expressed concern on Saturday about the announcement of the return to arms by some ex-combatants of the FARC guerrillas and has called for the continuation of the months of peace efforts.

‘Iván Márquez’, the one who was the chief negotiator of the FARC in the peace talks and who was missing for a year, reappeared this Thursday in a video with other leaders of the former guerrilla to announce “a new stage of struggle for the awakening of consciences. “

In the manifesto, 32 minutes long and broadcast on YouTube, ‘Márquez’ announced the creation of a new guerrilla, which takes the name and symbols of the FARC and would essentially bind the guerrilla dissent so it follows of the recording, to fight “the betrayal of the State to the peace accords of Havana” that ended five decades of armed struggle.

The French Government has expressed its “concern” about this announcement. “After a conflict of more than 50 years, the efforts made by the various parties are undeniable and must continue. The announcement of the resumption of the armed struggle by veterans is not justifiable in this context,” said the Ministry of Foreign Affairs in a statement.

“France reaffirms its full support for the mechanisms created by this Agreement and calls on all parties to respect the commitments made and declares their support for Colombia to help continue the efforts,” he concluded.