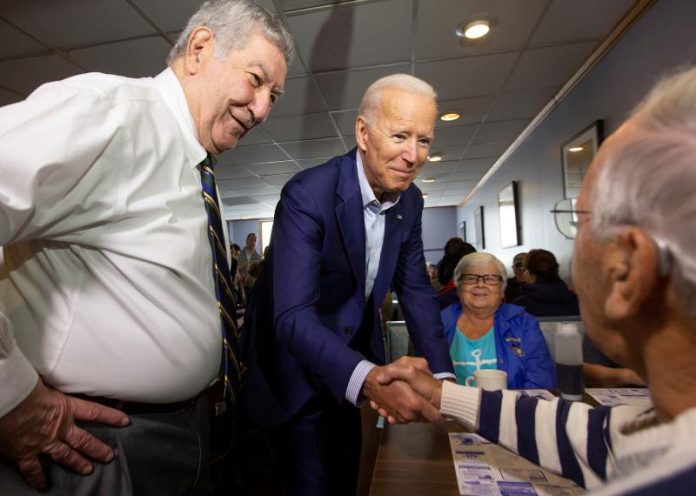 Former Vice President Joe Biden leads a score of Democrats who aspire to the presidential candidacy in 2020, and he and his closest rival, Senator Bernie Sanders, could defeat President Donald Trump, according to a survey released today.

With just over seven months to go before the Democratic caucuses and primaries begin, the Emerson poll found that 34% of voters in that party support Biden’s candidacy.

Biden, 76, was vice president between 2009 and 2017, during the two terms of Barack Obama, and before that was a senator for the state of Delaware since 1973, a long career that has earned him public recognition throughout the country.

In this survey, Vermont Senator Bernie Sanders, 77, appears with 27% support among voters, followed by Massachusetts Sen. Elizabeth Warren, with 14%; California Sen. Kamala Harris, with 7 percent; and the mayor of South Bend (Indiana), Pete Buttigieg, with 6%.

The national poll of Emerson Polling found that both Biden and Sanders bring an advantage of 10 percentage points to President Trump, 73, who in his search for reelection appears, until now, as the only candidate with possibilities of the Republican Party .

The opinion poll, conducted from June 21 to 24 among 1,096 voters, found that Biden and Sanders have 55% support compared to 45% support for Trump.

And just over 16 months after the presidential election, Trump not only appears behind Biden and Sanders, but also Senator Warren, who leads him by 53% compared to 47%.

The numbers in this survey show that Trump, who in the 2016 election received almost 2.9 million fewer votes than his Democratic rival Hillary Clinton, has not expanded his support among the public in almost two and a half years of presidential administration.

In 2016, Clinton received 48.2% of the citizen votes and Trump obtained 46.1%, but the Republican secured the victory in states that gave him more representatives in the Electoral College.

One notable aspect of these polls, said Emerson director Spencer Kimball, is that potential voters of Biden and Sanders “are the most loyal, since 50 to 55% say they have already decided their candidates.”

Ten candidates for the presidential nomination of the Democratic Party, which will be decided at the National Convention from July 13 to 15 next year in Milwaukee, Wisconsin, will participate in a debate on Wednesday in Miami, Florida.

And another ten, including Biden and Sanders, will have their debate the next day at the same venue.