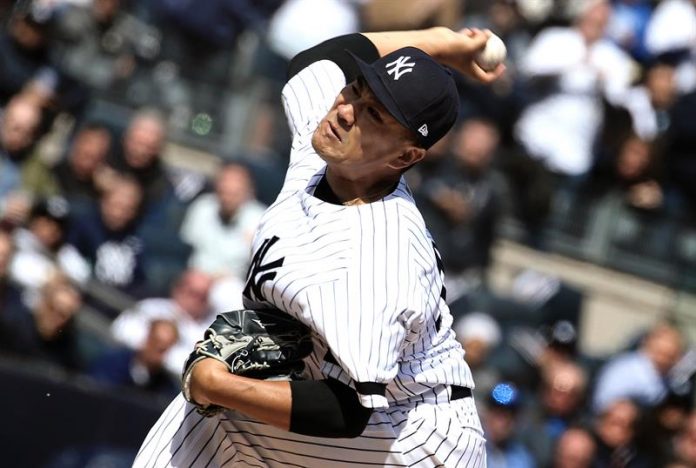 New York Yankees coach Aaron Boone officially confirmed last night that Japanese right-hander Masahiro Tanaka, 30, will be in charge of opening the first game of the London Series against the Boston Red Sox. , this Saturday at London Stadium.

The starter for the second match has not been announced, but it could be another veteran, lefty CC Sabathia, 38, who admitted that the trip to London was one of the great reasons to continue playing in 2019.

“It’s going to be fun to be part of that,” said Sabathia. “I know that if I did not come back this year and I saw the guys on TV, enjoying all that, I was going to get a little jealous, having the opportunity to play the first games in the UK, Yankees-Red Sox, it will be fun.”

Both teams will be able to activate one more player (the twenty-sixth) on their roster for the series of two games they will play.
Boone explained that the Yankees could also carry a couple of additional reinforcements on the trip to London in case of any last minute injury.