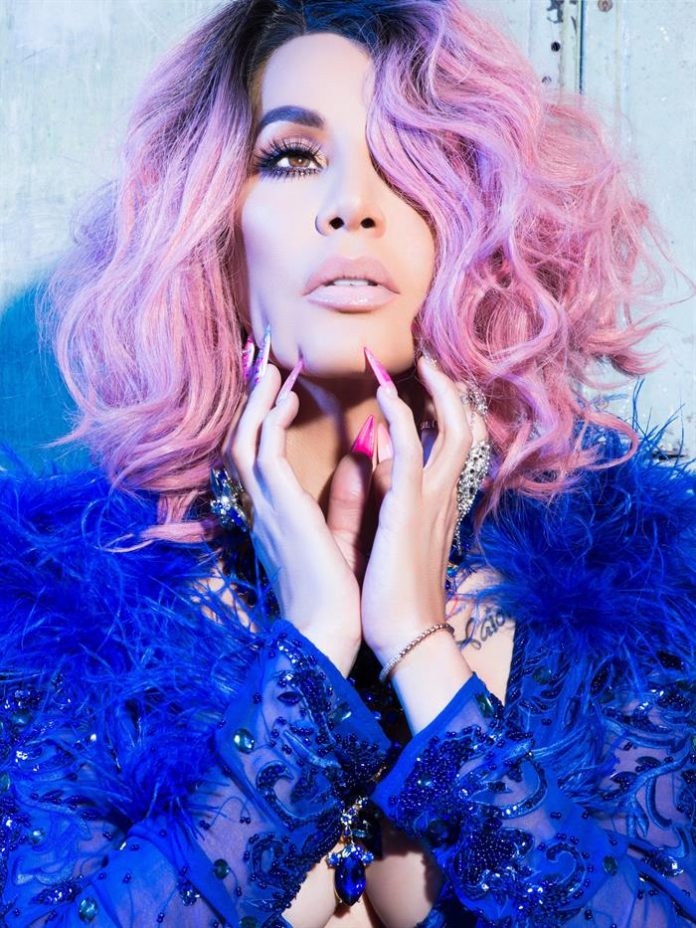 The Puerto Rican reggaeton singer Ivy Queen, one of the pioneers of the Latin urban genre in the early 1990s, promotes her new musical production and tenth studio album, “Llego La Queen”, in which she stands out as the queen of the rhythmic rhythm .

And it is that explained today to Efe Martha Ivelisse Pesante, Ivy Queen, this album, which only contains seven songs and its first in more than three years, did it mostly with the traditional rhythms of reggaeton at the request of its followers through the social networks.

“The fans wrote to me asking me to do reggaeton and perreo, that’s what motivated me to do these songs,” said the artist, also known as “La diva”, “La filly” or “La caballota” from reggaeton.
The seven songs that appear in “Llegó La Queen” are “The Queen Is Here”, “The Queen came”, “And you”, “Pa’l front and back ‘,” Dance for you “,” Evil ” and “Gunpowder”.

It is specifically in some of the lyrics of “The Queen Is Here” in which the Puerto Rican artist emphasizes that she is “the queen” of the urban genre, and that although she has not taken singles for a while, she remains firm in her position.

“Although I’ve sung other genres, I’m reggaeton queen and that’s what they were asking me to do”, explained the veteran urban performer, who publishes her new album after three years, admitting that she does not like to release music so soon.

“In my case, the disappearances are good and they miss you,” said reguetonera, who started her career in the urban genre with the theme “They want to knock me down”, which was included in the album “The Noise 5” (1995), of Black DJ.

Since then, Ivy Queen has been projected and positioned as the top female exponent of reggaeton to be able to launch ten productions, which have earned her – at the time – three Latin Grammy nominations, being nominated for the Billboards and Lo Nuestro Awards.

Also, the interpreter also hits such as “I’ve loved you, I’ve cried,” “Let them cry,” “Tell” and “Love me or kill me,” is the creator of the single “I want to dance,” cataloged by Rolling Stone magazine as a of the 50 best latin pop songs of all time.

Likewise, Ivy Queen has collaborated with some of the main reggaeton artists, such as Don Omar, Tego Calderón, Wisin and Yandel, Hector “El Father”, as well as Puerto Rican rapper Fat Joe and Haitian Wyclef Jean.

However, curiously Ivy Queen has never done a collaboration with Daddy Yankee, the greatest exponent of reggaeton and another of the pioneers of the urban genre, although they have participated with other artists in songs such as the introduction of the album “The 12 disciples “and” Burial Night “.

“I love doing it, we are parents of this genre, the way Yankee has worn this genre, no one takes it off,” Ivy Queen acknowledged her colleague’s success.

And for all its achievements, Ivy Queen will receive on March 21 a tribute at the first edition of Tu Urbana Awards, which will be held in Puerto Rico, in the category “Lifetime Achievement Award” thanks to its contribution to the genre.

For this reason, Ivy Queen has also become a guide for a new breed of female artists in the urban genre, led by Becky G, Natti Natasha and Karol G, who stand out worldwide for their collaborations with the main reguetoneros of the moment .

“I can not deny that without my history or trajectory it has served as a fuel for women, it fills me with a lot of pride, I am a writer and I come from a school of personal defense and I always defended women,” said Ivy Queen.