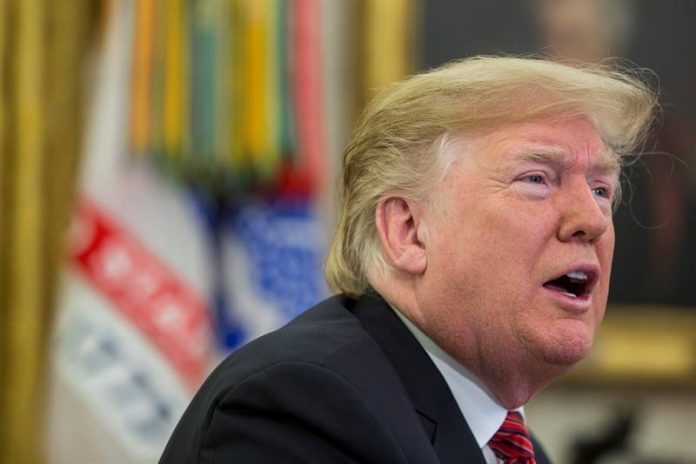 President Donald Trump spoke last night on the phone with a seven-year-old boy and asked him if he “still” believed in Santa Claus, comments that have unleashed a new wave of criticism against the president today.

The president made that comment while talking on the phone with the boy, named Coleman, and Trump ended up saying, “Good honey, Merry Christmas, and take care and say hello to your family, okay? Say hello to all the world”.

Trump and the first lady, Melania, participated in the night before Christmas in the traditional “Follow Santa” program of the North American Aerospace Defense Command (NORAD).

The NORAD enables a web page (www.noradsanta.org) that allows to follow in real time the trip of Santa Claus.

This year, some 1,500 volunteers helped the little ones to know where Santa Claus is and answered their doubts, for example why the reindeer Rudolf, who leads the sled, has such a red nose; or when is Santa’s birthday or who brings gifts to him.

Norad and its predecessor, the Continental Air Defense Command (Conad), have been following Santa’s trip for 63 years.

Trump’s comments made some media, such as the New York Daily News, mock the president and compare him to the “Grinch”, a fictional character who steals Christmas.

The New York Daily News had already compared Trump to the “Grinch” two days ago due to the partial administrative closure, which has left 25% of the government agencies without funds.

This year, the Norad continued operating despite the closure of the Administration, which began at midnight on Friday to Saturday due to disagreements over the financing of the wall with Mexico and which, according to the White House, could continue until 2019 due to the difficulty to reach an agreement.