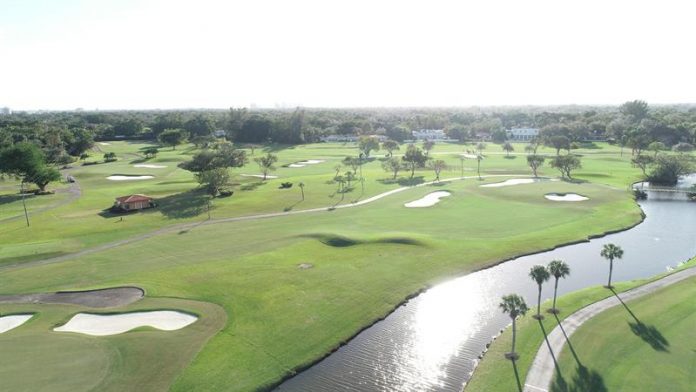 The golf course of the historic Biltmore hotel in Coral Gables (Miami-Dade) reopened today to the public after a complete restoration to restore the original spirit of the design made in 1925 by the renowned Donald Ross (1872-1948).

The restoration of the golf course is part of a $ 30 million project that began in 2017 to redesign the hotel’s rooms, corridors, main lobby, spa and gym that opened in 1926.

On Wednesday, a ceremony was held to celebrate the official reopening, which was attended by the former governor of Florida and former presidential candidate Jeb Bush, Miami Dade County Mayor Carlos Giménez, the city commissioner of Coral , Patricia Keon Gables, and other guests, who had the opportunity to be the first to give the initial blow.

The professional golfer Jim McLean made the presentation of the restoration of the work designed by Ross, born in Scotland, but settled since he was young in the United States, where he designed 413 golf courses.

“Our vision throughout the renovation is that the resort will remain a major destination for golfers in the years to come, and therefore we have remained steadfast in our commitment to preserve the course and at the same time pay tribute to an integral piece of our national history, “said Gene Prescott, president and CEO of the Biltmore Hotel.

Inspired by the original plans created by Donald Ross and under the direction of veteran golf course architect Brian Silva, the project literally changed the playing field by changing the design of the 18-hole, par 71 course.

Improvements include new Bermuda grass on existing tees, fairways and greens, the addition of new bunkers, an enhanced short game and separate practice areas, distinctive challenging holes and a course of over 7,100 yards (6.4 km) of length, to place it in the category of a professional field.

“Our intention was to return to the game the original features that Ross intended, with a lot of movement, and the result has been a spectacular field that will keep the attention of experienced golfers but that players of all levels can enjoy,” said Silva. who started his job on July 5 last.

Now the golf course has been considered as a possible place to hold future PGA Tour championships.
It is currently the headquarters of the women’s golf team of the University of Miami and the NCAA Hurricane for guest athletes.

In addition, in January, Jim McLean Golf School marks its first anniversary at the hotel and the golf course will celebrate 55 consecutive years of presenting the annual Orange Bowl International Golf Championship.