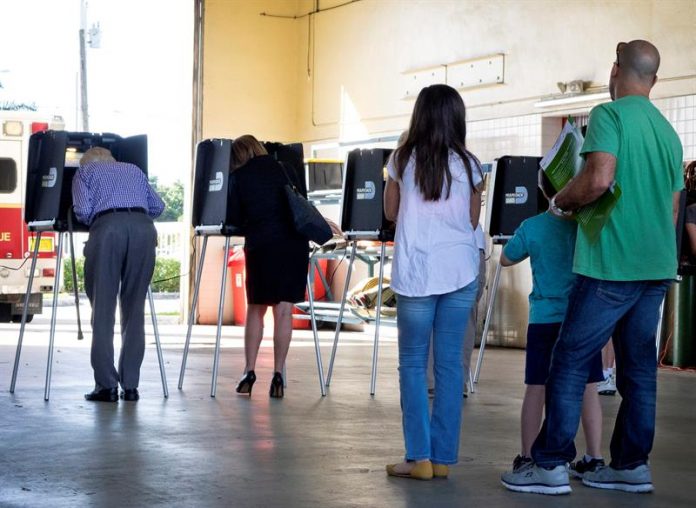 As a reflection of the sharp political polarization in the country, the Republican and Democratic candidates for the most important positions at stake in Florida remain on the table for the elections on November 6.

Thirteen days before the election, Democratic Senator Bill Nelson is not able to fully break out of the race against the governor of Florida, the Republican Rick Scott, who seeks to oust him from his position in the upper house.

The same happens in the competition for the Interior, in which surprises were given in the primary by Democrat Andrew Gillum, endorsed by former President Barack Obama and Senator Bernie Sanders, and Republican Ron DeSantis, the sponsored President Donald Trump.

“The country is well polarized, it was before the arrival of Trump to the White House and now that polarization has deepened,” said Frank Mora, director of the Institute of Latin America and the Caribbean at the International University of Florida (FIU). ).

The expert said that the races remain “close” despite the rebound in the polls that have taken these days the Democrats Nelson, Gillum and even Donna Shalala, who seeks to replace by the 27th District, the Republican Ileana Ros-Lehtinen, announced its withdrawal last year.

“The situation is very closed and it is difficult to predict,” said Jorge Duany, professor at FIU.

The decisive factor, he said, will be to what extent the voters of one or the other party feel motivated to go out and vote.

Duany clarified that in the case of the Interior there is a racial difference (Gillum is African-American) that will be important in this competition also marked by “radicalization”, since both are in the most extreme wings of their parties.

Experts have attributed to Gillum, 39 and from a humble family, a capacity to excite that they have compared with the one that at the time woke up among the voters the former President Obama.

Meanwhile, regular guest of the Fox conservative channel, DeSantis, a 40-year-old lawyer educated at Yale and Harvard and veteran of the Iraq war, made himself known among the voters with a campaign notice for the primaries in which he was he saw building with one of his children a wall with boxes of gifts, which was considered a “wink” to the border wall of Trump.

Duany noted that factors such as the caravan of Central American immigrants on the way to the United States can influence the vote of the Republicans, while the process of electing Brett Kavanaugh as judge of the Supreme Court can have an impact on the Democratic vote.

On the other hand, on the vote of the Puerto Rican bloc, which has been equal to that of the Cuban in Florida and to which all the campaigns have been targeted, he said that it will be an important but not decisive component.

Mora, however, recalled that it is not “unusual” that in Florida the elections are quite contested and recalled that Obama won in this state by less than one point in 2012 and Trump by 1.2 in 2016.

This is the case of the seat at stake for the state of Florida in the Senate, that of the Democrat Nelson, which is also key figure for the battle for the majority of this chamber in Washington and in step for the future of the Trump agenda.

Closed as the Scott-Nelson fight is about six in the country, legislated by a majority of 51-47 in the Senate, an even tighter margin by two independent senators who are usually on the Democratic side.

Florida also has at stake its 27 seats in the federal House of Representatives, including that of Ileana Ros-Lehtinen, the Cuban-American Republican, who has been “stretching” to the Democratic side in the last decade, according to Mora.

He noted that it is surprising that this district, with a large Cuban population, is contested, where former Democratic presidential candidate Hillary Clinton, who was in Miami today, won it by more than 16 points.

For this seat, in Miami-Dade County, Donna Shalala, former Secretary of the Department of Health and Human Services (HHS), and Cuban-American journalist María Elvira Salazar are facing.

Mora said that despite the great recognition factor among the Hispanic community that Salazar has for his years on television and for speaking Spanish, he lacks “a political platform” to help him distance himself from Shalala.