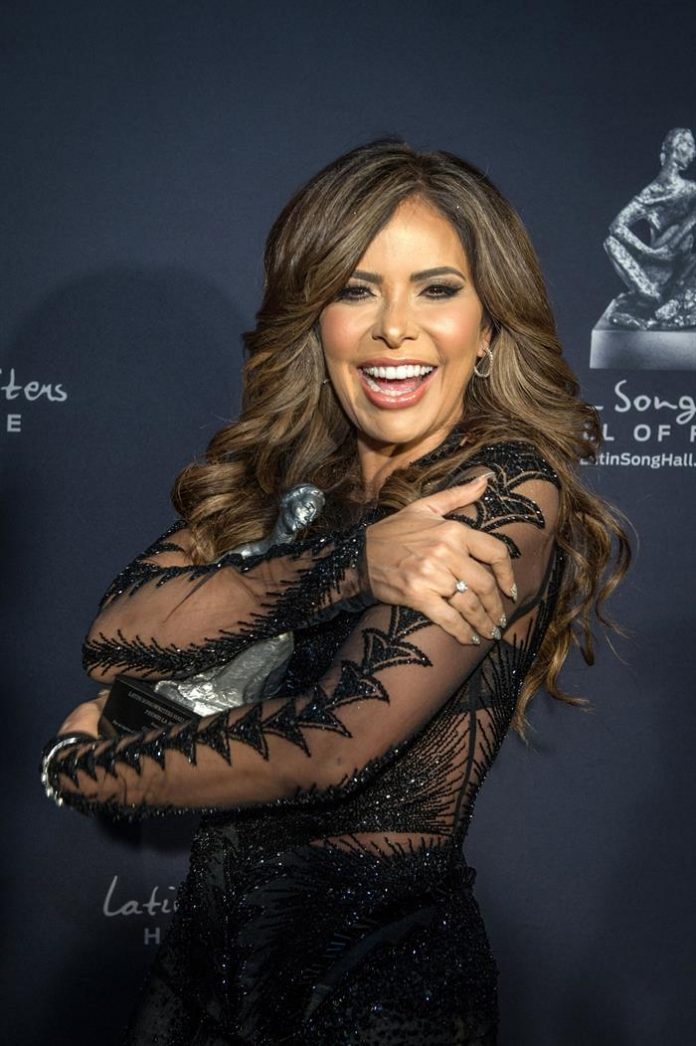 Great artists like the Spanish Raphael and the Mexican Gloria Trevi arrived tonight dressed in their best clothes to the sixth edition of the La Musa Awards, which is presented by the Hall of Fame of Latin Composers (LSHOF) at the James Knight Center Theater of Miami

Dressed in a tuxedo and a tight-fitting gown she wore, both were recognized upon arrival by their colleagues.

“I would not be anyone without the composers,” Raphael told Efe on the red carpet at the James Knight Center in the downtown area.

The “Niño de Linares” declared himself “amazed” that the LSHOF recognizes him.
This night, Raphael will receive the prestigious Leyenda En Vida award, which was previously given to artists of Cuban origin Andy García (2013) and Emilio Estefan (2015).

Trevi will be honored today with the Cuban Chucho Valdés, the Ecuadorian Carlos Rubio Infante and the Venezuelan Fernando Osorio, who will enter the Hall of Fame of the Latin Composers.

She wore a short dress, with transparencies designed to show off her figure at age 50 and a metal bow with bright applications on her back.
She also highlighted the dress of the Panamanian singer-songwriter Érika Ender, long and black, with crystal applications and red stones on her neck.

The co-author with Luis Fonsi and Daddy Yankee of “Despacito” indicated that the carpet of these awards “transcends fashion” and allows authenticity.

The most jovial touch of the night was marked by the Colombian reguetonera Karol G., who paraded with a bright black microtrack and bronze booties, which combine with the color of the skin of her legs.

“Here the support for the urban genre is felt by the most important composers of the Hispanic world,” said Karol G.

Puerto Rican singer-songwriter Víctor Manuelle, who receives the Icon Award, was one of the most elegant in dark blue tuxedo with black satin flaps.

After advancing that brings a potpourri of his best hits tonight, the salsero acknowledged that he is “shaking on the inside just thinking I’m going to sing in front of an idol like Raphael, I hope no one notices”.

Among the most attractive dresses stood out the one of the singer, pianist, composer and Cuban actress Aymeé Nuviola, and that of the Argentine singer-songwriter Claudia Brant. They go long with traditional evening gowns.

Cubans Gente de Zona and Descemer Bueno will receive the Triumph and Conqueror prizes, respectively, while Karol G will be honored with Musa Elena Casals, who highlights women in this industry.