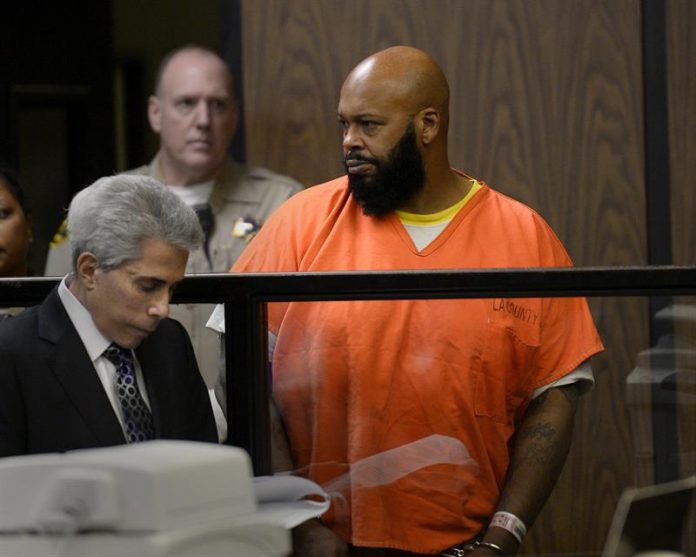 The musical producer Suge Knight, one of the key men in the history of rap, agreed today with the authorities a sentence of 28 years of jail by homicide in exchange for which other charges against him are retired to him.

The Los Angeles Times reported today that Marion Suge Knight, by his full name, decided today not to discuss the accusation that he was accused of having run over and killed a man in 2015 in Compton, a city located 20 kilometers south of Los Angeles. Angels

Knight, 53, will be formally sentenced on October 4 at a Los Angeles courthouse.

In return, the music producer will be released from two other pending charges for allegedly threatening F. Gary Gray, director of the film “Straight Outta Compton” (2015), and for having allegedly stolen a photographer in Beverly Hills.

Knight has been in prison since January 2015, when he was arrested for having run over two men after a dispute and for killing one of them, Terry Carter.

Very controversial, with a fearsome reputation and always skirting the illegality, the producer has had numerous problems with the authorities for crimes of illegal possession of arms, robbery and aggression.

In 1997 he was sentenced to jail for violating the terms of his probation.
Knight was driving the car in which Tupac Shakur was shot and killed on September 7, 1996 in Las Vegas (USA).