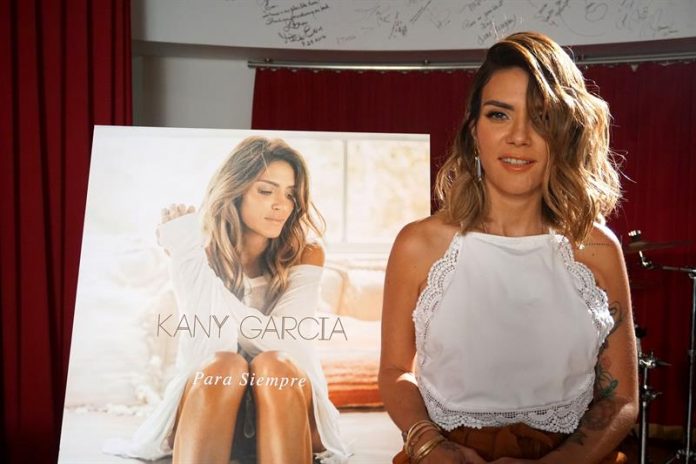 Puerto Rican artist Kany García told Efe that the four Latin Grammy nominations she received today, including album of the year, “have an emotional value and a different flavor” from her previous ones, because she was the first to produce on her land and even without its own light due to Hurricane Maria.

“It’s an album very born in my country, very Puerto Rico, of my musicians, and that’s why the achievement is ours,” Garcia, 36, told Efe after the news.

After the nominations, García tweeted each of the categories and included: “This goes to Puerto Rico !!!”.

The artist explained that this phrase is due to the fact that this Thursday marks the one year of the devastating passage of Hurricane Maria over Puerto Rico.

“It would seem insensitive for me to forget a catastrophic moment for my country,” said García, who said that because the electric system on the Caribbean island collapsed, citizens used electric generators.

And that same García also had to use to finish his fifth album, and which in a last interview with Efe described him as the “most proper” he has published for details in his songs inspired by anecdotes from friends and others that he has read.

“I am at a time when all the good news adds to my career, I want to move forward with many allies, and the Academy (Latin of Arts and Recording Sciences) is an ally for what I want to continue doing. I think it gives me greater gratitude, “he told Efe today.

On the album “Soy yo”, García includes collaborations with the Spanish singer Melendi on the song “A mis amigos” and with the Puerto Rican rapper Residente “en” Banana papaya “.

Garcia has won three other Latin Grammies: Best New Artist and Best Female Pop Album for “Any Day” in 2008, and Best Production Engineer for “Kany Garcia”, at the 2013 Awards.

In its nineteenth edition, the Latin Grammy 2018 will take place on November 15 in Las Vegas.