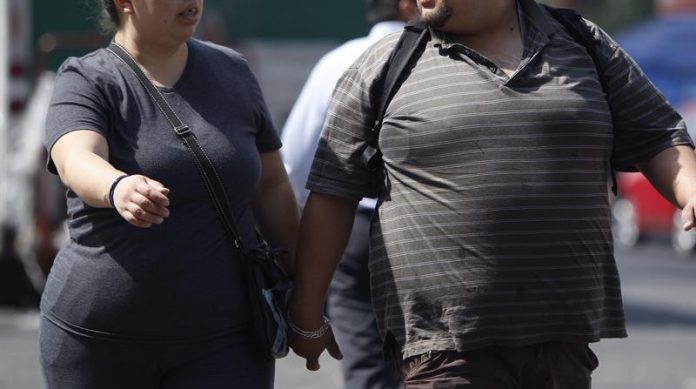 Obesity, overweight and diabetes could be factors related to the development of Alzheimer’s, since the alteration of insulin and excess fat in the blood generate cognitive alterations, an expert told Efe.

“Insulin, for example, controls some of these processes so that being altered in diseases such as metabolic syndrome or diabetes, can also affect the function of neurons,” said Luis Bernardo Tovar and Romo, a researcher at the University National Autonomous Government of Mexico (UNAM).

The member of the Department of Molecular Neuropathology of the Institute of Cellular Physiology of said center explained that the accumulation of lipids, caused by a diet rich in fats and carbohydrates, promote the loss of synaptic activity.

“The transmission of nerve impulses between two neurons takes place in the connection between the two called synapses, this function is lost in the earliest stages of Alzheimer’s, while in the more advanced some die,” said the specialist.

He explained that the brain has at least 86,000 million neurons, which connect with each other and make our body work. “They are the ones that help us generate ideas, store memories and lead us to thought,” he explained.

According to the World Health Organization (WHO), dementia is a progressive disorder that impairs the cognitive function of people.

The most common form of this disease is Alzheimer’s and occurs between 60 and 70% of cases. In Mexico, an estimated 800,000 people have a dementia disorder.

World Day of Alzheimer’s is September 21, which is celebrated with the intention of raising awareness about this disease.

The specialist explained that among the main risk factors is age and, as life expectancy extends, people are much more likely to have the disease.

“This happens because when the nervous system wears out, the synaptic connections are lost and, therefore, these neuronal functions are lost,” he explained.

He explained that at the end of life the cognitive deterioration is more common, however, this does not mean that all people will develop Alzheimer’s.

“Someone who is habitually forgetful does not mean he will have this condition, but if he is a person who is not of advanced age and realizes that he no longer remembers things that he remembered more easily, then they should be concerned and treated. “, he pointed.

The expert explained that although there is nothing conclusive a good quality of life can help to delay the onset of this disease.

“Preparing from a young age with a good diet, physical activity, not smoking, not consuming excess fats and carbohydrates and have important intellectual activity, help delay the condition,” he said.

He added that sensory stimulation causes neuronal circuits to be reinforced, which is why he recommends reading, being exposed to new experiences, having a social life, learning to play an instrument, listening to music, learning new languages.

“Mainly be exposed to novel stimuli, do something that had never been done and exercise,” he said.

He said that exercise promotes a state of vascularization and proper oxygenation in the brain and blood supply is essential for people not develop some type of dementia.

“The exercise promotes a good blood supply, good oxygenation, detoxification of the organism and that promotes an integral state of health,” he concluded.