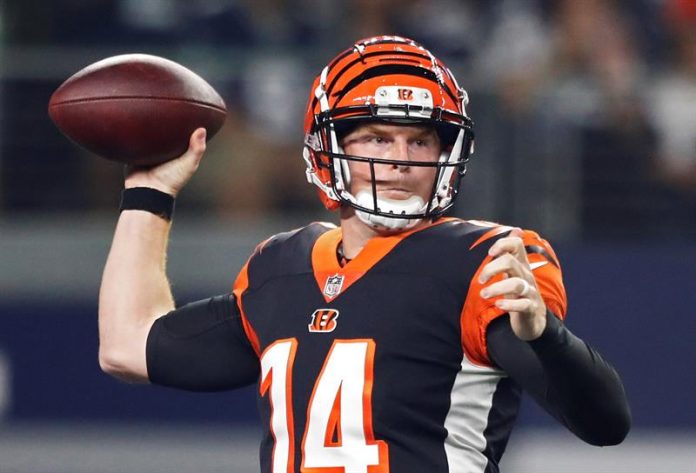 Texas quarterback Andy Dalton threw four touchdown passes in the first half against a defense that has dominated him throughout his career, and the Cincinnati Bengals held on for a 34-23 victory over the Baltimore Ravens.

Three of Dalton’s scoring passes were aimed at wide receiver AJGreen, who was instrumental in the Bengals’ offense, which they won in Thursday’s early game for Week 2 of the National Football League (NFL). ).

Dalton pulled the Ravens (1-1) out of contention for the playoffs last season.
This time, he dominated a defense that has usually emerged victorious in his rivalry of the North Division of the American Conference (AFC), leading the Bengals to have a perfect 2-0 mark at the start of the new season.

Dalton finished with a full 24 of 42 attempts for 265 yards, with four touchdowns for just the fifth time in his career. They did not intercept him, nor was he captured and he left his passer rating at 107.7.

Green set the tone with 4, 28 and 7-yard scoring receptions in consecutive possessions, a personal mark since arriving in the NFL.

If Dalton shone in the direction of the Bengals’ offense, veteran Joe Flacco lived the flip side with a very poor performance that made the night very long for him.

Flacco completed 32 of 55 passes for 376 yards, including two touchdowns, had two interceptions, was knocked down four of the 17 opportunities the Bengals defense had and finished with a 76.0 passer rating.

The loss left the Ravens (1-1) with the first defeat of the new season.