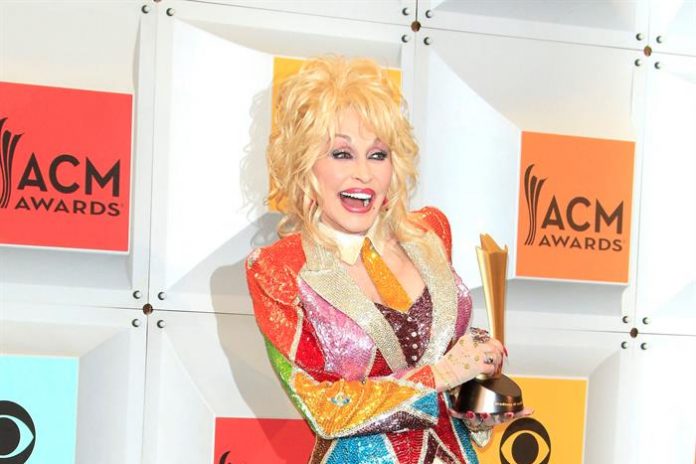 Country legend Dolly Parton will receive the “Person of the Year” award during a ceremony prior to the 61st edition of the Grammy Awards, the Recording Academy announced today through a press release.

This honorific award, which is sponsored by the MusiCares Foundation, recognizes the artistic and philanthropic merits of music stars and, in previous editions, awarded figures such as Fleetwood Mac, Tom Petty, Bob Dylan, Barbra Streisand, Bruce Springsteen and Gloria Estefan, among others.

“Dolly Parton has always been and continues to be a brave pioneer and an untamable inspiration for creators and artists,” said the president of the Recording Academy, Neil Portnow, who also highlighted the opportunity for this institution to pay homage ” a true pillar of strength “and a person” with a legendary talent “.

For his part, Parton said he was “very excited” and said that it is even more special to receive a tribute like this knowing that it is a gala in which all the benefits are dedicated to charitable causes.

“I’m looking forward to listening to all those great artists singing my music,” added Parton about an evening in which different figures of the song come on stage as tribute to the person honored.

Well known for songs like “Jolene” or “Coat of Many Colors”, Parton has also had a remarkable career in film thanks to tapes like “Nine to Five” (1980) or “Steel Magnolias” (1989).

Through the Dollywood Foundation, the singer has developed programs such as Imagination Library, an initiative to promote reading that provides free books to children between zero and five years.

The award of the “Person of the Year” award will take place on February 8, 2019 in Los Angeles (USA), two days before the Staples Center of this same city hosts the 61st edition of the Grammy Awards, the awards most important in the music industry.