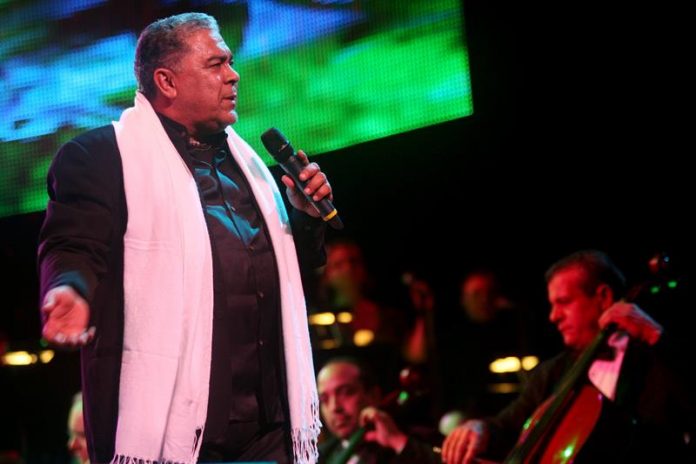 “From his humble beginnings and with more than half a century of career, Danny is one of the most important voices of the Caribbean and we have to recognize everything he has done and given by the peoples of the Caribbean and Latin America,” Daniel said in a statement. Martín, executive director of the ILM, founded in 1921 in Mexico, a few months after the end of the revolution.

Rivera, “the national voice of Puerto Rico”, has more than five decades on stage and more than 75 recordings in which he has immortalized songs by renowned composers such as Agustín Lara, Rafael Hernández, Roberto Carlos and Alberto Cortéz, among them ” Think of me “,” Absence “,” Madrigal “,” Jesus Christ “or” My tree and me “.

Others in the long list that the public has made their favorites are “My old man”, “You live in my thoughts”, “To say goodbye”, “Beloved lover”, “Your town is my town” or “Absence”.

Rivera, also an author and philanthropist and who has acted in plays in New York, and nominated for the Grammy Award for the productions “Muy amigos” and “Homenaje a Tito Rodríguez”, is the only Puerto Rican soloist to appear on four occasions (1979 , 1989, 1999 and 2010) in the legendary hall of Carnegie Hall.

Her work outside the scenes includes projects such as the Arte de Paz Foundation for Our America, a scholarship program for young artists with limited resources in Latin America, and the comprehensive school “El Paraguas” in the rural community of Constanza in the Dominican Republic. built in 2013 with the support of a large number of collaborators.

In 2001, he spent 30 days in federal prison in Puerto Rico for civil disobedience when demonstrating against the presence of the US Navy. on the Puerto Rican island of Vieques, an experience that gave rise to his book “Enamorado de la paz”.

“I am very honored by the recognition given me by the Latin Music Institute, it is for me a pride to belong to the artistic culture of Latin America but above all, to represent my country as a cultural ambassador,” the singer said in the same statement. .

The president of the ILM also indicated that Rivera will receive recognition at a date and place that will be announced soon.