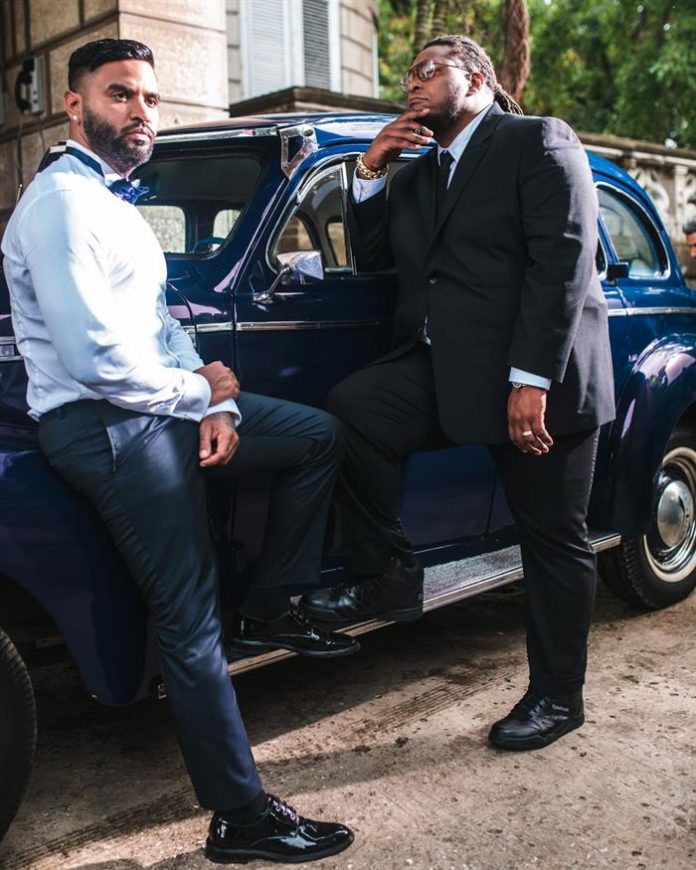 The reggaeton duo Zion & Lennox today released their new single, “Hola”, which, according to the artists told Efe, represents the beginning of a stage in their careers, with the support of the agency of representatives of Marc Anthony, who hope that push them to greater internationalization.

The song, which comes out with a video recorded in Cuba, is the spearhead of what is expected to be “a new stage” of the so-called “The true black diamonds” of reggaeton.

“It’s a song that came out very organic,” said Puerto Ricans Felix Ortiz (Zion) and Gabriel Pizarro (Lennox) in describing their new song, which they long to turn into a fun anthem at nightclubs.

The approach came from the talent agency Magnus. “They had been telling me for a while,” says Zion. This year and after months of negotiations they made the decision and now “the expectations are great,” acknowledged the singer in reference to give an even greater impetus to the race of the duo.

Although they have been together for more than 14 years and have had great successes such as “I lose my head” and “La player (Bandolera)”, which are five times among the 10 most popular songs on the Billboard charts, their dreams are now to sing with their new “boss”, Marc Anthony.

This week they signed a contract with Magnus Media, the artist representation agency of Marc Anthony, who also has in his portfolio his ex-wife Jennifer Lopez, Alejandro Sanz and the Italian group Il Volo, among others.

“Now it’s closer, now we have to give it hard,” stressed Lennox.

As part of that effort to expand the market, the duet moved to Miami, “where there is an explosion of Latin music,” although they continue “with a foot” in Puerto Rico, since the majority of their families remain on the island.

In the remainder of this year, Zion & Lennox will make several presentations in the United States and Latin America and plans an international tour for 2019, but their priority is to finalize the production of their next album.

The duo has already chosen most of the themes and is now engaged in the process of collaborating with other artists.

The vocalists do not rule out repeating with greats like J.Balvin, Nicky Jam, Thalía and Enrique Iglesias. But they also want to “give surprises”.

The launch of “Hello” was preceded by a campaign of fellow reggaeton on social networks. The song is accompanied by a video inspired by the adventures of James Bond, under the direction of Venezuelan Daniel Lugo.

In the production, the duo plays secret agents, Agent Z and Detective Lennox, who will save a kidnapped girl. The female performance is by Bodine Koehler, Miss Puerto Rico 2012.

In the best style of Agent 007, they appear in a suit and tie. “We were there struggling with the heat,” Lennox recalled, “but we enjoyed it, because we also like that about acting,” Zion said.

Although they said they worked hard, they say that the experience was unforgettable, not only because of the result, which has a film bill, but also because they shared “in depth” with Cuban artists.

The reggaetonists declared themselves “very grateful to everyone in Cuba”, where, they underlined, they met great artists of performance and dance and were able to confirm, they expressed, a quarry of urban music in which the island has become.

“We are always informed of what is happening there, we have many Cuban friends and one in our team, a friend who updates us,” said Zion.

Both declared themselves happy that the Latin music industry has opened the door to the exponents of the so-called “cubatón”. “The cake is great and there is to eat the whole world,” said Zion.

Regarding the future of the genre, Zion and Lennox assured that urban music has many subgenres, such as street stories, romantic stories, “bedtime” stories, and that there are audiences for everyone. But they insisted that theirs is what they call “the tropicaleo”, the music that “makes people move and forget everything else”.