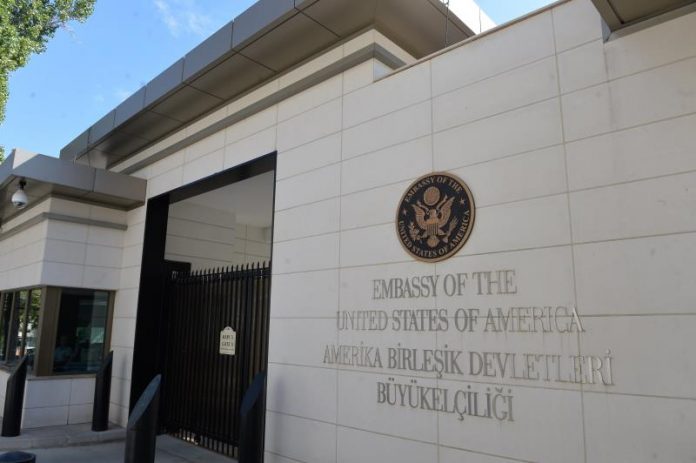 The Turkish authorities described as “provocation” and “attempt to cause chaos” the shooting without victims that the US embassy in Ankara suffered today, in a great moment of diplomatic and commercial tension between the two countries.

“We condemn the attack on the US embassy, ​​it is clearly an attempt to create chaos, Turkey is a safe country and all foreign missions are under the protection of the law,” said Turkish presidential spokesman Ibrahim Kalin. an account of the social network Twitter.

The incident took place at 02:00 GMT, when from a vehicle there were six shots that reached the metal door and a window of a security cabin, without causing casualties.

The police have arrested two people who were traveling in a car with several firearms.

The governor’s office in Ankara announced that the detainees are Ahmet Çelikten, 39, and Osman Gündas, 38, both with criminal records, one for non-payment of taxes and the other for theft and possession of drugs.

According to that source, both detainees have confessed to the crime, but the reasons for the attack have not been revealed.

“We thank the national police and the Turkish Government for their prompt and professional action in apprehending two individuals who allegedly attacked our mission this morning,” the US embassy in Ankara said in a statement.

Previously, the foreign minister, Mevlüt Çavusoglu, had denounced that the attack was a provocation and assured that the investigation of the event continues.

“We condemn the provocative attack on the US embassy in Ankara, we will make sure that this incident is investigated quickly and that the perpetrators are brought to justice,” he wrote on his Twitter account.

The attack took place at a time of great diplomatic tension between Ankara and Washington, due to the Turkish refusal to release a US cleric who has been in prison for two years in Turkey, accused of terrorist links.

The US government has imposed sanctions on two Turkish ministers and has doubled Turkish steel and aluminum tariffs, while Ankara has responded by raising rates between 10% and 140% on some US products.

This situation has accentuated the distrust of investors in the Turkish economy, burdened by a high debt in currencies and high inflation, and has accelerated the devaluation of the Turkish lira.